from Architects and Engineers for 911 Truth: 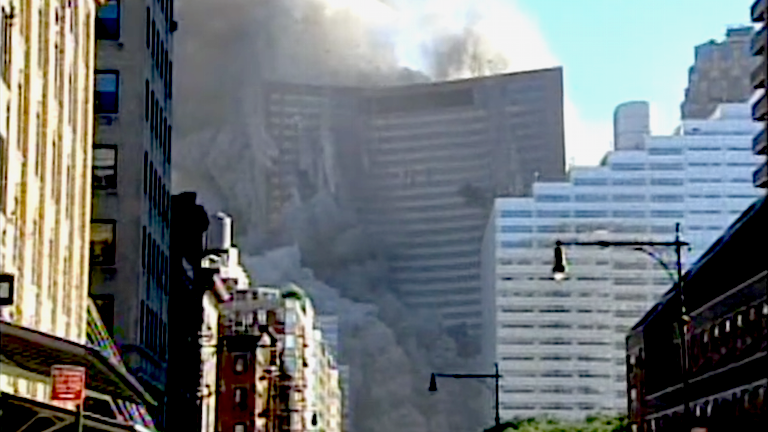 A solid majority of Americans who watch the Sept. 11, 2001, collapse of World Trade Center Building 7 on video don’t buy the government’s story that fires brought it down, according to a new survey conducted by YouGov on behalf of Architects & Engineers for 9/11 Truth (AE911Truth).

By a similar margin, 51% who see the collapse say they are more inclined to believe the critics who argue that only the use of explosives in a controlled demolition can account for Building 7’s collapse, versus 20% who say they are more inclined to believe the government’s conclusion that fires caused the collapse. (To define “critics,” the survey references a group of 3,000 architects and engineers who have disputed the government’s report as well as researchers at the University of Alaska Fairbanks who performed computer modeling of Building 7’s collapse and also concluded that fires could not have caused the collapse).

“The lopsided margin between those who suspect it was explosives and those who suspect it was fires really begs the question as to how and why this issue has been marginalized for so long,” said Ted Walter, who is director of strategy for AE911Truth. “Clearly, if the media were to do its job and provide the most basic information about 9/11 to the American people — or if a few elected officials started talking seriously about Building 7 — the public would be up in arms demanding a new investigation.”

Underscoring the absence of media coverage of Building 7, only 64% of participants said they were aware of a third skyscraper collapsing on 9/11 — and just 14% could name the building.

IS MICHAEL BLOOMBERG SLATED TO BE THE DEMOCRATIC PARTY’S NOMINEE?