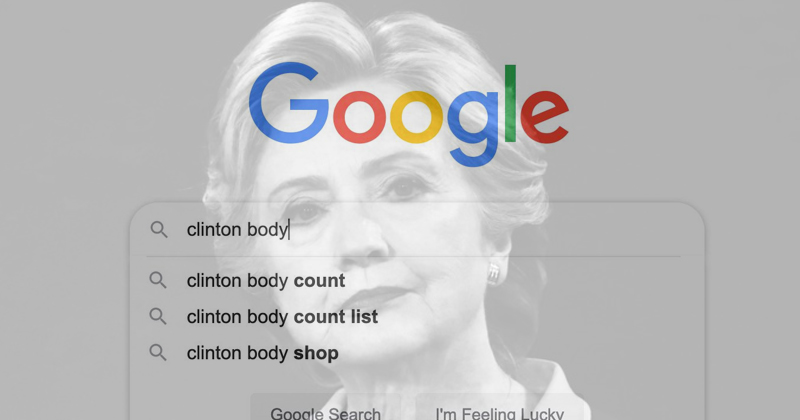 Google quietly “fixed” its autocomplete search suggestion function for users trying to find information regarding “Clinton Body Count,” a term used to refer to people believed to have met untimely deaths at the hands of the Clintons.

Wow, Report Just Out! Google manipulated from 2.6 million to 16 million votes for Hillary Clinton in 2016 Election! This was put out by a Clinton supporter, not a Trump Supporter! Google should be sued. My victory was even bigger than thought! @JudicialWatch

“I looked at politically oriented searches that these people were conducting on Google, Bing and Yahoo,” Dr. Epstein recently told Fox News talk show host Mark Levin. “I was able to preserve more than 13,000 searches and 98,000 web pages, and I found very dramatic bias in Google’s search results… favoring Hillary Clinton — whom I supported strongly.”

During the run-up to the 2016 presidential election, users noticed the Google search engine was manipulating suggestions to keep “Clinton Body Count” hidden, directing users instead to auto body repair shops with Clinton in the title. 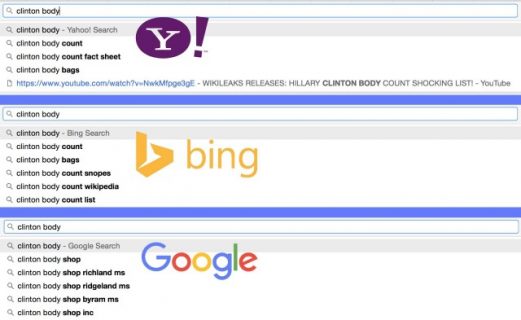 The “bug” was most noticeable when compared to autocomplete suggestions from other search engines like Yahoo and Bing.