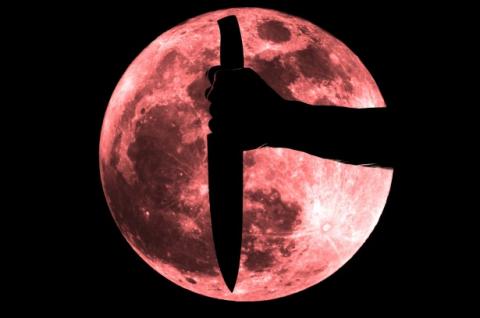 I am certain that many will remember when, several months ago, I ran the story about how the cartels were imitating military personnel inside the United States. Do you also remember this photo which proves the point in which these cartel members were pretending to be US Marines as they brought their drug shipments across the border. I have a DEA agent confirm that this is becoming common practice.

People ask me why I frequently write stories on events in foreign countries as they are only interested in domestic events. The answer to that question is both simple and complex. First and foremost, there are ongoing beta tests occurring in many countries and domestically. These beta tests are designed to help take down the United States, piece by piece and many of these events are the dress rehearsal. This is a type of “death by a thousand cuts” approach to help bring down America so the New World Order can firmly take over the world. Our freedoms and 400 million guns cannot be tolerated as they are a roadblock to this goal. The beta tests are everywhere for what is coming. For example, do you remember the role of crockpots in the Boston Marathon Bombing false flag event? The reason that I recently covered the NYC discovery of several crockpots placed in and around the NY subways, which forced multiple evacuations, was to emphasize that this was indeed a beta test for a future false flag events. I believe that they, the Deep State members, were checking for response times and evacuation patterns in order to maximize casualties.

If one has followed the work at the CSS for any length of time, it should be clear how the Chinese and the ANC, the ruling party in South Africa, are practicing small scale genocide against White farmers, while plundering their resources. I have repeatedly covered on this site how the Chinese, on behalf of the UN will one day be attempting to occupy this country. South Africa is a quiet beta test as well for what is going to occur here. This is why you hear so much from the media and “the squad” about the evil white men of America. Further, I have previously covered the imitation of American military personnel by the cartels as a beta test as well. Well, this is about to kick into high gear and the widespread violence that I have been warning about is ramping up.

As CSS researcher, Marilyn Rupar, has pointed out, the cartels “are now OPENLY running Mexico”. Unfortunately, for the Mexican people, rich and poor, this the new and accepted way of life.

Marilyn Rupar forwarded me information that I have confirmed with a private sources that “The CJNG (New Generation Jalisco Cartel) is now the most brutal of all the cartels and they have even surpassed  the Sinaloas or ISIS.
Mexico is attempting to adopt the persona as a country which follows the rule of law. However, the Mexican National Guard (GN), the Mexican Federal Police (FN) and all branches of the military and their associates. drive around Mexico in their vehicles making an appearance of law and order, but there is no law. There is no order, as Marilyn put it. “Mexico is now completely LAWLESS”. And the Mexican proxy forces, beholding to the Chinese and the UN, are leading the way at destabilizing America.

The Mexican media is the same as MSNBC and the rest of the American MSM. They have a few reports showing the police/military doing periodic and infrequent drug busts, but it is all for show. This is the cost of doing business for the cartels. And the cartels are are growing in power. Mexican president, AMLO, has supposedly increased his law enforcement and military on the highways and communities, however
the Mexican cartels continue to decapitate, dismember, kidnap, extort, and terrorize towns for hours and days at a time with shoot outs that kills innocent civilians. The AMLO fix is in as there are no reports of the authorities reining in the cartels. And since the Cartels are imitating law enforcement in Mexico, and BP and military in the US, it is logical to assume the same is getting ready to happen here.

In a recent border war event this past week, the GN and police were parked outside of a town while the cartels had a massive shoot out for many hours…bullets flying everywhere…It was an open shoot out in the street while the towns people hunkered down in their homes as reported by Borderland Beat.

Here is where every American should become very concerned. The cartels now wearing military uniforms.  These events are building upon the previous CSS reports showing how we will be invaded at our southern border.

Let’s connect some dots. Who is behind the mass immigration into the United States which includes, in part, ISIS, Africans, Cubans, MS-13, and the cartels? It is George Soros and the United Nations and their Migration Pact. Who is behind the increasingly sophistication of ANTIFA? Again, it is George Soros. And every American should grow concerned at ANTIFA’s growing level of organization. They are uniformed and act in concert with each other. I have intel which also states that some in their ranks are being trained in chemical and biological attacks.

At its core ANTIFA is linked, in purpose, with the UN, the cartels, the Mexican National Guard (NG) in their pursuit to take America down. Remember, as I have documented several times on this site, the NG was trained by the United Nations. What a coincidence! Or, I should say, what a coordinated effort the US is facing in trying to maintain its sovereignty.  Further, I have documented on this site, that this past July, that Wei Fenghe, the Chinese Defense Minister told the CCP that they planned to occupy the US and exterminate as many Americans as possible. Also, along these lines, Marilyn Rupar and myself have published convincing evidence that the drug cartels answer to China. China is also involved in CALEXIT, the illegal attempt for California to withdraw from the United States and this would economically cripple the country’s food supply and retail economy.