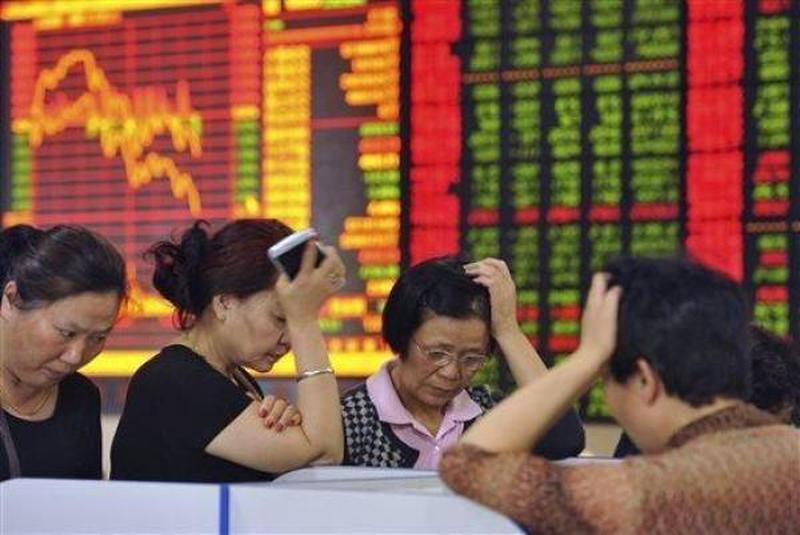 Update 2: – China’s central bank has confirmed that it is, indeed, on, saying that it is able to keep the yuan exchange rate at a reasonable and balanced level – whatever that means – while acknowledging that the Yuan plunging beyond 7 per dollar is due to market supply and demand, trade protectionism and expectations on additional tariffs on Chinese goods.

Meanwhile, resorting to its old, tired and worn out tricks, Dow Jones reports that the PBOC will crack down on short-term Yuan speculation, and anchor market expectations.

Which is great… if only the PBOC didn’t say exactly the same back in May, when it warned currenct traders that  those “shorting the yuan will inevitably suffer from a huge loss.”

Update 1 – China is firing all the big guns tonight, because just an hour after Beijing effectively devalued the yuan, when it launched the latest currency war with the US, Bloomberg reported that the Chinese government has asked its state-owned enterprises “to suspend imports of U.S. agricultural products after President Donald Trump ratcheted up trade tensions with the Asian nation last week.”

Translation: trade talks, even the fake kind, is now over, dead and buried, and the only question is how Trump will react.

Earlier today we had a feeling it was coming…

If CNH breaks 7, all hell will break loose as China declares start of currency war

.. and sure enough, just a few hours alter in a dramatically unsettling move for global stability, China’s offshore yuan just collapsed below 7/USD — after the PBOC fixed the onshore yuan below 6.90 for the first time in 2019 — the currency plunging a stunning 12 handles to its weakest on record against the dollar as countless stop losses were triggered and thousands of traders were margined out.

“A break of 7 is quite shocking to the market, and close attention will be paid to how China would deal with this move,” says Tsutomu Soma, general manager of the investment trust and fixed-income securities at SBI Securities Co. in Tokyo in a phone interview

The last time China’s yuan moved with this velocity, the tremors rippled dramatically and rapidly through the rest of global financial markets.

So now what? Well, this is just the start:

A rate that’s stronger than 6.9 shows China’s preference for stability, but one that’s weaker will be seen as a strong hint that more drops will be allowed.”