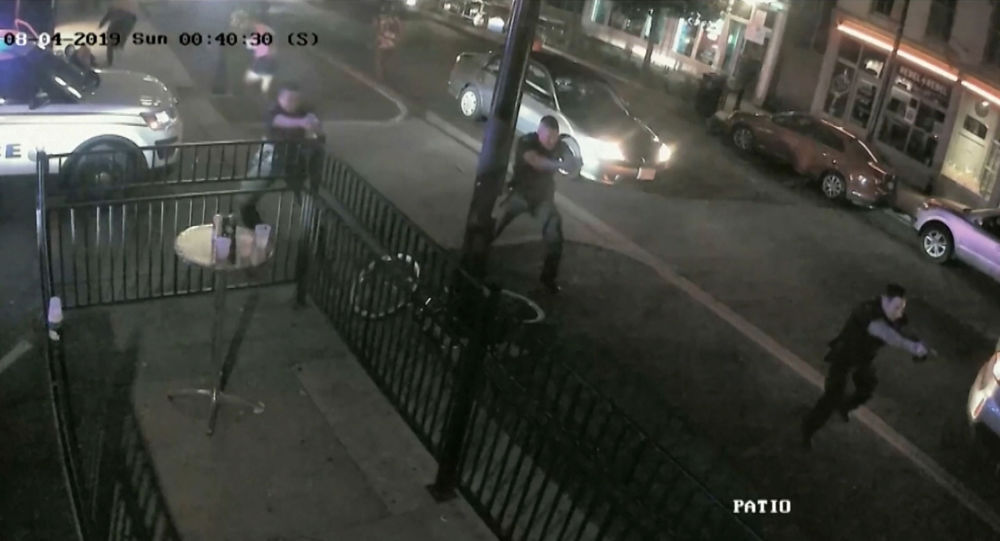 Ten people, including the shooter – Connor Betts – were killed in a domestic terror attack in Dayton, Ohio, on Sunday, with 27 people sustaining injuries.

According to former classmates of Connor Betts, the gunman who killed nine people in Dayton, Ohio on 4 August, he had been suspended while in high school for writing a “hit list” of those he wanted to kill and carrying a “rape list” of girls he wanted to sexually assault, reported AP.

The two classmates, a man and a woman who are now 24 and spoke on condition of anonymity, said that during their junior year at Bellbrook High School, Betts was suspended twice. On the first occasion, he was found carrying a list of female classmates he wanted to sexually assault, while later a hit list was found written in a school bathroom.

“There was a kill list and a rape list, and my name was on the rape list,” said the female classmate, who claimed she didn’t really know Betts and was surprised to find out from the police that her name was on a list of potential targets.

At the time Betts was 17, and though not named publicly by authorities as the author of the list, according to former classmates it was common knowledge at school that he was suspended over the incident.

According to an article in the Dayton Daily News, when the reported hit list was found in 2012, a police investigation was launched. The outcome of that investigation is not clear, as Chief Michael Brown in Sugarcreek Township, a Dayton suburb with jurisdiction over Bellbrook High School, could not be reached for comment.

Bellbrook-Sugarcreek Schools officials have confirmed that Betts attended schools in the district.

Drew Gainey, reportedly a former Bellbrook student who was on the track team with Connor Betts, went on social media Sunday to claim red flags had been raised about Betts’ behaviour years back.

“There was an incident in high school with this shooter that should have prevented him from ever getting his hands on a weapon. This was a tragedy that was 100% avoidable,” he wrote in a Twitter post on Sunday.

However, Gainey failed to respond to messages from AP for further comment, although the account name is said to match a former Bellbrook student.

Asked by the Daily News about the suspension over the hit list incident, former Bellbrook Principal Chris Baker said he “would not dispute that information”, but declined further comment.

Connor Betts had no apparent criminal record as an adult; however, as a juvenile such a record would be sealed under state law.

The accounts by the former classmates emerged after police stated there was nothing in the background of 24-year-old Connor Betts that would have stopped him from acquiring the .223-calibre rifle with extended ammunition magazines that he used to commit the mass shooting outside a bar in a nightlife district of Dayton, Ohio.

On Sunday, Dayton Police Chief Richard Biehl said: “There’s nothing in this individual’s record that would have precluded him from getting these weapons.” Officials have confirmed that Betts killed his own sister, 22, at the scene.

Police on patrol in the entertainment district fatally shot the perpetrator less than a minute after he committed the attack.