by Yojimbo, The Burning Platform: 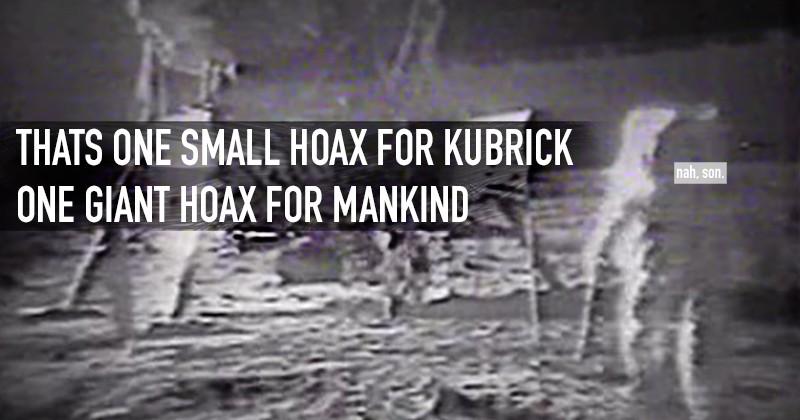 What? I thought that NASA said that the original moon landing tapes had been erased and re-used to save money. Now they say that the original tapes have been found, and some NASA intern has had them for 50 years and didn’t say anything. That sounds reasonable…

Here is the former explanation about how the tapes were erased from Reuters in 2009.

WASHINGTON (Reuters) – The original recordings of the first humans landing on the moon 40 years ago were erased and re-used, but newly restored copies of the original broadcast look even better, NASA officials said on Thursday.

NASA released the first glimpses of a complete digital make-over of the original landing footage that clarifies the blurry and grainy images of Neil Armstrong and Buzz Aldrin walking on the surface of the moon.

The full set of recordings, being cleaned up by Burbank, California-based Lowry Digital, will be released in September. The preview is available at www.nasa.gov.

NASA admitted in 2006 that no one could find the original video recordings of the July 20, 1969, landing.

Since then, Richard Nafzger, an engineer at NASA’s Goddard Space Flight Center in Maryland, who oversaw television processing at the ground-tracking sites during the Apollo 11 mission, has been looking for them.

The good news is he found where they went. The bad news is they were part of a batch of 200,000 tapes that were degaussed — magnetically erased — and re-used to save money.

“The goal was live TV,” Nafzger told a news conference.

“We should have had a historian running around saying ‘I don’t care if you are ever going to use them — we are going to keep them’,” he said.

They found good copies in the archives of CBS news and some recordings called kinescopes found in film vaults at Johnson Space Center.

Lowry, best known for restoring old Hollywood films, has been digitizing these along with some other bits and pieces to make a new rendering of the original landing.

Nafzger does not worry that using a Hollywood-based company might fuel the fire of conspiracy theorists who believe the entire lunar program that landed people on the moon six times between 1969 and 1972 was staged on a movie set or secret military base.

“This company is restoring historic video. It mattered not to me where the company was from,” Nafzger said.

And there may be some unofficial copies of the original broadcast out there somewhere that were taken from a NASA video switching center in Sydney, Australia, the space agency said. Nafzger said someone else in Sydney made recordings too.

“These tapes are not in the system,” Nafzger said. “We are certainly open to finding them.”

And here is the latest story from NASA via Fox News.

A set of original videotape recordings of the Apollo 11 Moon landing that were bought for $217.77 at a government surplus auction by a former NASA intern in the 1970s could raise up to $2 million when they are auctioned this month.

The unrestored, unenhanced and unremastered tapes are described as “the earliest, sharpest, and most accurate surviving video images of man’s first steps on the moon,” by auction house Sotheby’s.

The videotapes are headlining Sotheby’s Space Exploration auction in New York City on July 20, the 50th anniversary of the Moon landing.

Viewed only three times since they were bought directly from NASA at the auction in 1976, the tapes are the only surviving first-generation recordings of Neil Armstrong’s first steps on the Moon, according to Sotheby’s. In a statement, Sotheby’s explains that the tapes are “sharper and more distinct” than the few tapes that survive from network television broadcasts of the Moon landing.

The videotapes are from the collection of Gary George, who purchased them while serving an intern at NASA. In June 1976, George attended an auction at Houston’s Ellington Air Force Base where he bought a single lot of some 1,150 reels of magnetic tape whose “Owning Agency Or Reporting Office,” was listed as NASA.

“Among the reels were about sixty-five boxes of 2-inch, reel-to-reel videotapes of the type used by television stations,” explains Sotheby’s in a statement, noting that George planned to sell the used tapes, which could be re-recorded, to local TV stations.