The fake news lives in an alternate reality.

The first defamation case filed on behalf of Nicholas Sandmann, the young man who was profiled by the mass media as a racist for wearing a Trump hat and being harassed by social justice activists in Washington D.C., against the Washington Post is now underway. A hearing on a motion to dismiss was heard earlier today.

Attorney Lin Wood, who is representing Sandmann alongside lawyer Todd McMurtry, reported that the Post is arguing in the court of law that their reporting “exonerated” the young man from social media attacks in the hopes of getting the lawsuit dismissed.

At hearing on motion to dismiss today, Washington Post argued that it did not defame Nicholas Sandmann but instead, “exonerated” him on Page 1 from vicious social media attacks. Hearing was in Covington, Kentucky but listening to WaPo argument, it felt like Alice-in-Wonderland.

Sandmann is looking for $250 million from the corporate fake news giant that is renown for their anti-conservative bias. Judge William O. Bertelsman will decide whether or not to dismiss the lawsuit at the Post’s behest in the upcoming weeks.

Wood and McMurtry liken the newspaper’s actions to a “modern-day form of McCarthyism” where the Post fought with other publishing outfits to “claim leadership” over a mob of “bullies which attacked, vilified, and threatened Nicholas Sandmann.” 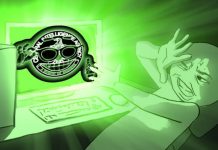