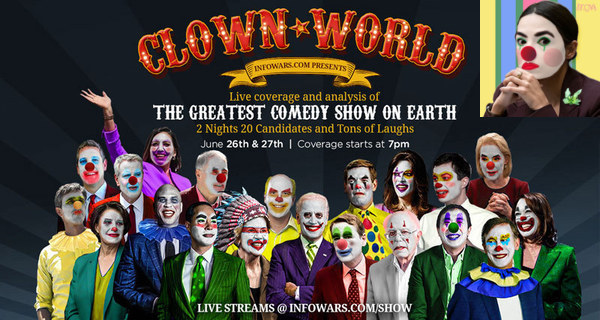 It is interesting that Alexandria Ocasio Cortez is in the news so much. Even her constituents are not impressed with her, and the local Democrat Party are looking for someone to replace her next election. Only 23% of voters give her a favorable rating. Her grandstanding and policy agenda will bring these numbers down even further. She is hardly seen in her neighborhood back home, ignores them totally, and is more interested in building her national political profile. It is a requirement by those who groomed her for the position of being a representative.

Like her chief of staff Saikat Chakrabarti who diverted campaign funds to shell companies to line his pocket. Another is the mastermind behind the operation Zack Exley who has worked on the campaigns for John Kerry and Bernie Sanders and is a member of the George Soros Open Borders Foundation.

It appears in the words of those she represents that she is no princess, although she barely lived in her district. With the help of the media, she has fancied herself a superstar even though she is only a barmaid from the Bronx with no experience. The debacle of the Green New Deal, an environmental agenda to pursue socialist policies could not even get a vote from fellow progressive socialists on the Congress.

She has over the past few months called capitalism irredeemable and of course, as is always the case with the socialist agenda, claimed it was all about race. Ocasio-Cortez will never admit that pure capitalism results in unceasing economic progress and improvement in the standard of living. She even went so far as calling Roosevelt a racist, based on redlining housing and labor unions ability to exclude low wage minority workers.

She has attacked Catholics for not agreeing with the credit card debacle that she and Bernie Sanders are pushing. She accuses Catholics of using their religion to punish women and queer people, but does not mention that that same religion that she supposedly believes in opposes homosexuality and abortion. She claims that only “woke” Catholics are real, and all the others need to change to her way of thinking.

She obviously reads a different bible than I do. Hers must not include such passages as Leviticus which states, “ You shall not lie with a male as with a woman; It is an abomination.” Or maybe she should look at 1 Timothy in the New Testament which says, “The sexually immoral, men who practice homosexuality, enslavers, liars, and perjurers are contrary to sound doctrine.” Does she claim abortion is a right? It is against God’s law which claims in the book of Psalms “Behold, Children are a heritage from the Lord, the fruit of the womb a reward.” She is not like any Catholic who understands the Bible and makes a part of the daily life they lead. She is in a word, a Hypocrite. 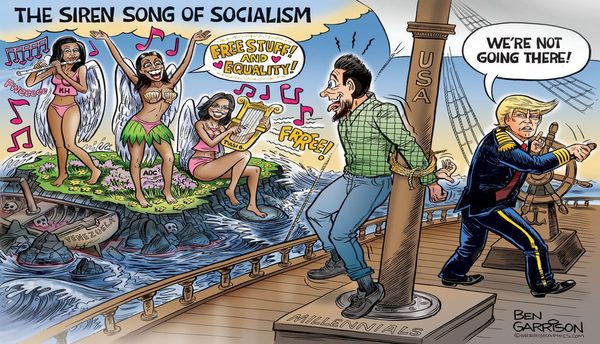 She will continue her race hustle fanaticism without ever understanding that the same government she rails against was the primary impetus to the injustices she whines about. I guess her economics class never explained that soul-crushing paperwork and regulations pushed to enable the government to take even more money is what makes it challenging to operate a small business and increases the cost of living. Our bar princess won’t debate her policies. She called Ben Shapiro a sexist, but Ocasio-Cortez refuses to debate even any conservative woman who has the capability to show her policies to be the socialist sham they are. If she is so confident in her policies, why doesn’t she defend them other than just putting out obnoxious tweets?

The 18-34 age group loves her not only because she wants to give them everything for free, but because she knows how to use social media. Perhaps it is okay now that she is the one doing the hustling and looking to impart injustices on others. How about another stated cause that is part of the Ocasio-Cortez agenda. She demanded that every person should be given access to a guaranteed home. Having a home, much like healthcare, is not a “right.” There is nowhere in our founding documents that declare either as “rights.”

The black community was thriving before the New Deal and the regulations, welfare traps, and incentives that forced the break up of many black families. She is ignorant of such factors that the black community was thriving with organizations like Saint Luke Penny Savings Bank of Richmond. This was a black organized and ran bank with Maggie L. Walker as the first black female bank president. She is ignorant of the Black Wall Street of Tulsa, okay, or Detroit’s Black Bottom neighborhood of Detroit, all black-owned and operated., and thriving without the central government planning so prevalent today. 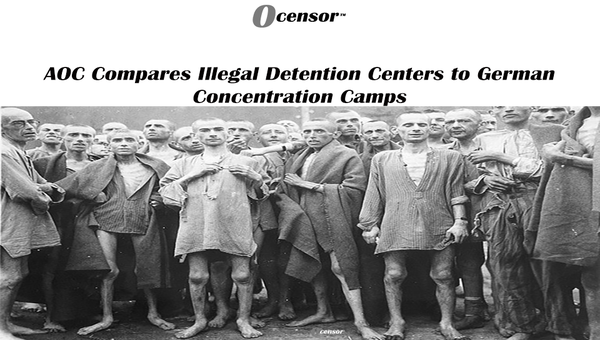 Just a few weeks ago, this pinnacle of our damaged education system she called the FBI assistant of Counterterrorism Michael McGarrity a liar because she could not understand that there is no federal code for domestic terrorism. She claimed that the poor terrorists from foreign countries were the real victims and that Neo-Nazis were let off the hook. And this woman, a bartender from the Bronx is thinking she is a better litigator than the FBI, and that she was required to give Mr. McGarrity the “benefit of the doubt.”

Who does she think she is, except for her loud mouth and stupid theatrics she still is nothing more than a freshman representative from the Bronx. She claimed that the FBI was wrong, but gave no explanation or showed where an error had occurred. I guess being a princess means we should take her word. I don’t, and neither should anyone else.

She speaks of concentration camps in the United States. She did this knowing the unrest it would cause among the people of the country for the sole purpose of generating the media into using those words. It did nothing to stop the operations of the detention facilities dealing with the deluge of illegal aliens invading our country. Concentration camps invoke memories of genocide, which Ocasio-Cortez believes is going on at our border. Concentration Camps force people in. The border is overwhelmed by those willingly here. If they are concentration camps, the invaders will stop coming. If they are concentration Camps, why isn’t Ocasio-Cortez telling the people not to come and to go back to the countries they left. It is because the progressive socialists need their votes to win, and that is the only reason why these people are protected by the progressive socialists that hold limited power.

In all the time that Alexandria Ocasio Cortez has been a media darling, what has she actually done? She has not shown the leadership we are so often told she has to resolve any issue. People all over the country are tired of her whining and grandstanding. Her pronouncements she spews out is nothing more than the ranting of a Bronx princess. She does nothing more than incite anger and chaos. Perhaps that is the position she was chosen to fill by Soros and her fellow globalists and socialists. She will continue to push for the tribalism that the progressive socialists in her party need to regain power.