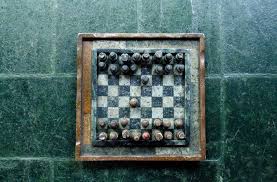 Years after my SHTF I am definitely better prepared and organized for anything similar in the future, but just like all things in prepping it is so easy to get again in the same false feeling of being “secure.”

Once it was, “Oh it can never happen here.” Now it can be, “I am much better prepared now, I am safe.”

We all sooner or later get ourselves in a situation where when we buy physical things for SHTF, we are actually buying the feeling of safety and peace of mind. I try to avoid that, but of course just like everybody else I often find myself there.

One of the questions that I get often goes like this: “What would you choose to have now for SHTF after going once through it?” And it is easy to answer it more or less.

But taking into consideration how most preppers prepare for SHTF I must say that while a lot of things would be easier, the same problems would be there even with having a lot of physical things stored for SHTF.

Here are some examples.

Of course, I could have used more weapon at that time, and more ammo, especially at the beginning of everything when there was complete and absolute chaos everywhere. It was a time when you still do not know exactly who is dangerous and where you can go to be safe.

In that period of time, it is, as I mentioned before, it is best to stay put, and even better to have some resources and means to defend that resources.

So yes, I could have used more of both at that time – better resources and better means to defend it.

But do not mistake that and think with a lot of resouces and means to defend it you have completely solved your problems. Actually, you need to have a philosophy and strategy to be able to have that for a prolonged period of time. Which brings you again to the point where you will have to go out and “interact” with people on one or other way.

You can not interact (trade, negotiate, barter, fight…) if you do not have strategy and skills for that, a network of trusted people, great knowledge of your sourroundings ( different groups of people, customs, criminal mindset, communication skills, fighting skills…)

So do not get me wrong here. I would love if I had more physical things at that time, it would helped me a lot. But in the end, it would have turned out similar-interacting with other folks. It would be easier yes and it would take longer, but again it would come again to that interaction.

And do not think that interaction means sitting in an armchair and shooting at people who are attacking your home. It means a lot more then that.

No matter how much physical things I would love to have had in that time, or that I wish to have for some future time, here is one other thing that preppers often forget.

It is much more important to be mobile than to have a lot of physical things with you in your home.

Now again, do not take this “mobility” too literally. It does not mean that you only need to have a backpack and weapon and head to the hills or wilderness when the SHTF.

Actually it means lot more then that.

When SHTF, there are huge chances that you are gonna be forced to abandon your home, either because you are bugging out or you temporarily have to leave, or whatever. There is no sense of putting “all the money” in your home.

Develop a strategy where you can be highly mobile, but still have resources, either through survival caches, or a BOL. Have multiple plans where you gonna go in case of some serious event. Have multiple planned ways to there, have a network of people who might help you on the way there (and vice versa).

In the best case scenario yes, you may stay at your home. But most probably you are not gonna be able to stay there all the time.

So no matter how much physical things you have – do not count on the belief that it will be possible to keep it with you in your home.

Be ready to be mobile, not to blindly run away. Have a strategy ready for that.

Recognizing signs of the coming SHTF

Let’s be honest here. No matter where you live today, you can probably say that things are going to s..t.

Does that mean that you (or I) will blindly go to survival mode? No, actually.  We will try to enjoy our life as much is possible, otherwise what is the point?

Yeah, there are chances that we gonna recognize the arrival of the SHTF and that we will act accordingly. But chances are bigger that we will be caught in the middle of it by surprise.

The whole point of survival is to act properly in a given situation. You are still gonna be ahead of the of majority of folks around you. So while the majority of people are panicking you will act according to the situation.

And that is good enough.

For me, there is not too much sense in living in fear of possible collapse. Enjoy your life while things are more or less okay.