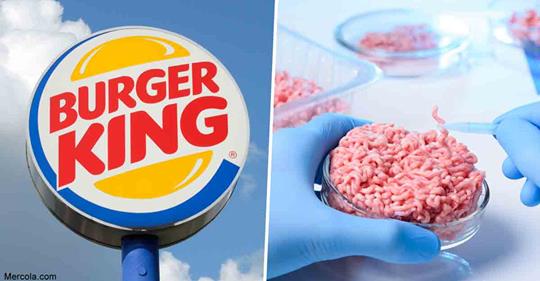 Impossible Foods, which made headlines for its meatless burgers that “bleed” like real meat, is set to become a household name, courtesy of a partnership with Burger King and their Whopper sandwich.

The new Impossible Whopper bills itself as 100% Whopper, 0% Beef. Instead of a hamburger patty made with beef, the burger will feature an Impossible patty, which is made mostly of soy protein, potato protein, coconut oil, sunflower oil, and heme, derived from genetically engineered yeast.

While it’s currently only available at 59 restaurants in St. Louis, Missouri, the plan is to expand it to Burger King’s 7,200 stores if the initial rollout goes well.

It’s not the first time the meat substitute has been featured at a fast food restaurant. White Castle released an Impossible Slider in nearly 400 stores in 2018, and the company says you can find Impossible products in more than 5,000 restaurants in the U.S., Hong Kong, Macau, and Singapore, in locations ranging from fine dining establishments to food trucks and theme parks.

However, the Burger King rollout could be the move that makes Impossible meat mainstream. With a flavor that’s reportedly similar to beef, Burger King says it’s not necessarily trying to cater to vegetarians or vegans but rather to meat eaters looking to cut back on beef.

But while at first glance it may seem like fake beef is an ideal solution to many of the problems with conventional meat, ultimately creating fake food is not the answer.

What Is an Impossible Burger?

The Impossible Burger is a meat alternative that’s unlike others on the market due to the addition of soy leghemoglobin, or heme. This, the company says, it what makes meat taste like meat, and, in plants, leghemoglobin is the protein that carries heme, an iron-containing molecule.

Originally, Impossible Foods harvested leghemoglobin from the roots of soy plants, but deemed that method unsustainable. Instead, they turned to genetic engineering, which they use to create a yeast engineered with the gene for soy leghemoglobin.

“This process allows us to make heme at scale with the lowest achievable environmental impact,” according to the company. The full ingredients list of their “new” recipe, which was released in January 2019, is as follows:

In the U.S., consumers are increasingly seeking out wholesome, real, minimally processed food. The Impossible Burger is the opposite — a highly processed fake food (but one that’s disguised as something good for you). Where in nature can you find ingredients like genetically engineered yeast, soy protein concentrate, modified food starch, and soy protein isolate? The answer is nowhere, and therein lies a key part of the problem.

Friends of the Earth (FOE), a grassroots environmental group, released a report that posed critical questions about the growing trend toward animal product alternatives. In it, they pointed out the highly processed nature of these products:

“Various ‘processing aids’ are employed to make some of these products, including organisms (like genetically engineered bacteria, yeast and algae) that produce proteins, and chemicals to extract proteins.

For example, chemicals like hexane are used to extract components of a food, like proteins (from peas, soy, corn etc.) or compounds (from genetically engineered bacteria) to make xanthan gum.

Currently, however, disclosure of these ingredients is not required. Other processing aids (e.g. bacteria, yeast, algae), including those that are genetically engineered to produce proteins, are also not currently required to be disclosed on package labeling. The lack of transparency makes it difficult to assess the inputs and impact of their use.” 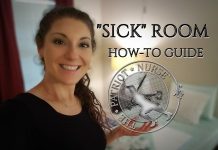 How To Make a Sick/Isolation Room: What You NEED To Know!