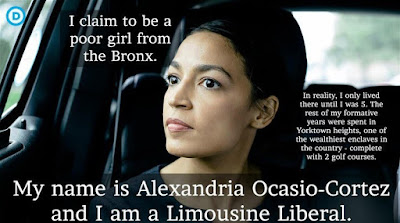 It’s high time we stop calling what the Socialists and Democrats want to do taxes, and instead call it what it really is… theft from those who have.  Because it appears that this is the case when the latest scheme concocted from Congressional Democrats is to force you to pay them a tribute on any wealth you might hold in paper assets.

Even before you have sold them or not.

The top Democrat on the Senate’s tax-writing committee has proposed taxing unrealized gains in investment assets every year at the same rates as other income, offering not only an idea that would transform how the U.S. taxes the wealthiest people, but a solid reason for those same people to get the hell out of America. The proposal from Senator Ron Wyden of Oregon is the latest berserker plan from Democratic lawmakers and presidential candidates for boosting taxes on the wealthy to address economic inequality and provide funding for their policy agenda. And while this specific proposal has little chance of becoming law soon – or, one hopes, ever – such ideas could quickly gain momentum if the party succeeds in next year’s elections. What is especially insane is that this proposal is effectively the polar opposite of that other bananas proposal putched by AOC and various other Democrats, namely MMT, or money printing, because why bother taxing anyone, rich, poor or otherwise, if you can just print all the money you need. We are confident we won’t get a satisfactory answer, ever. Going back to Wyden’s suggestions, capital gains would be taxed annually based on how much assets have gained in value. – Zerohedge

So in essence this proposal would destroy investors, savers, retirement plans, but most importantly, anyone who owns a public company.  Ie… Unless someone like Jeff Bezos has billions in liquid cash, he would be forced to sell enough shares each year to cover the cost of this new tax, and in a short amount of time would end up being a minority shareholder in the company he created and founded.

Despite Its Five Felony Counts, the Federal Reserve Has Entrusted $2 Trillion in Bonds to JPMorgan Chase

The Aftermath Of My Move Back To Independent Journalism

The Election: Can We Be ‘United’ and Should We Even Try?