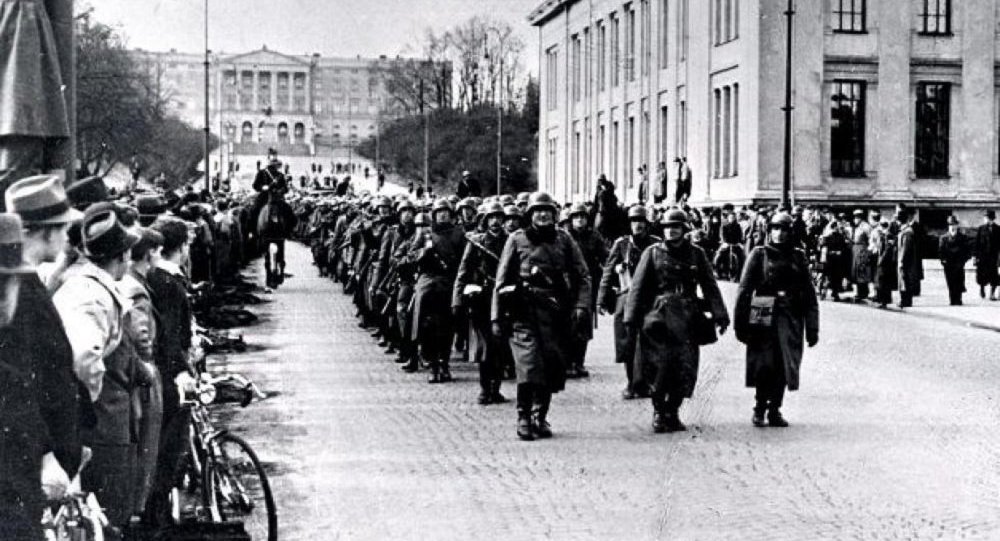 The stash of top-secret Nazi documents were seized during a large-scale raid by British Special Forces on Norway’s Lofoten Islands in March 1941.

A rare copy of covert Nazi papers, which were recently discovered in the archives of the National Library of Israel (NLI), shed more light on life under the Nazis in occupied Norway during the Second World War, the NLI’s Shai Ben-Ari said in his article published in the Haaretz newspaper.

The documents include instructions from the Wehrmacht’s high-ranking officers to rank-and-file soldiers engaged in the Nazis’ occupation of Norway.

“The orders published in the booklet […] essentially constitute a brief, practical manual on how to take over a democratic country and suppress its population”, Ben-Ari underlined.

He recalled that the secret papers, which provide “a glimpse” into the nature of Nazi military occupation of Norway”, were captured by British commandos during a raid on Norway’s Lofoten Islands on 4 March 1941.

© PHOTO : THE BRITISH GOVERNMENT / NATIONAL LIBRARY OF ISRAEL
A facsimile of the first page of Gen. Nikolaus von Falkenhorst’s letter to his troops, as it appears in the booklet published by the British government, in the National Library

Shortly after, the documents were translated and published in the form of a small booklet by the British government, and it is a copy of that booklet, complete with facsimiles of the original documents in German, that was found in the NLI.

One paper cited General Nikolaus von Falkenhorst, the commander of German forces in Norway, as saying that clampdown on the local population was needed if a “threat emerged against troops or army property”.

“Military force should be brought into action in its full severity […], where action is taken it must be ruthless and employ the severest measures”, the document reads.

Another paper singles out examples of various possible “offences” by the local population and the possible response by German soldiers. 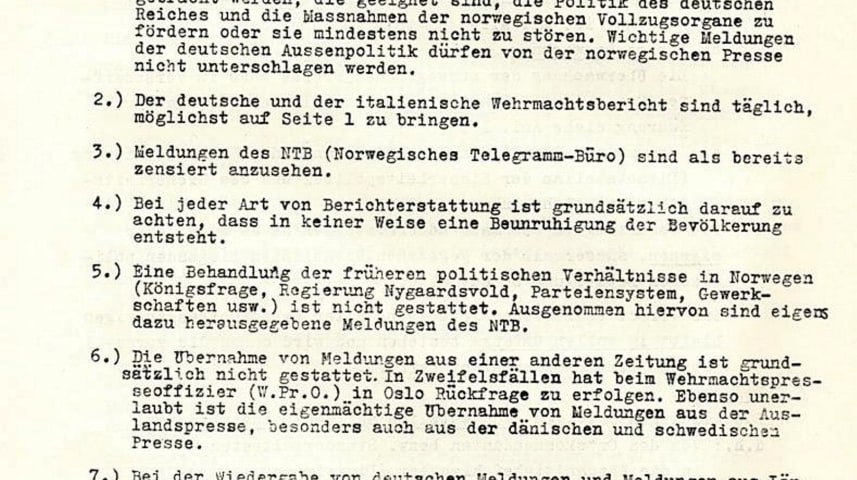 © PHOTO : NATIONAL LIBRARY OF ISRAEL
A facsimile of a German document which details how the Norwegian press was to be handled under the Nazi occupation, as it appears in the booklet found in the National Library of Israel

In particular, if a serviceman is insulted or struck “because he is German’, the culprit should be arrested by the Wehrmacht if “he is caught in the act”. The same measure pertained to “fortune tellers or members of sects” when they made public statements derogatory to Germany and especially Adolf Hitler.

Everything You Need To Know About Investing In Gold, Silver & Mining Stocks – Craig Hemke

JOE BIDEN’S VOW TO ‘PHASE OUT THE OIL INDUSTRY’ AND BRING IN GREEN NEW DEAL WOULD DECIMATE THE ECONOMIES OF OHIO, TEXAS, PENNSYLVANIA AND...