The US has been increasing pressure on Venezuela’s incumbent president, Nicolas Maduro, in a bid to force him to cede power to self-proclaimed leader Juan Guaido. Reports emerged earlier that Maduro was trying to raise the much-needed cash by removing gold from the central bank.

A Venezuelan opposition lawmaker claims that the country’s foreign minister has visited Greece in order to ship gold out of the crisis-torn Bolivarian republic.

Jose Guerra, a deputy of Venezuela’s National Assembly who has worked at the national central bank, told Greek broadcaster Skai TV that a government plane that had recently landed in Athens was “almost clandestinely” transporting “five or six” tonnes of gold.

An aircraft with Venezuelan Foreign Minister Jorge Arreaza on board arrived at Athens International Airport on Saturday; authorities said that the minister had not met with any officials and that the plane had landed in Athens for refuelling.

Jose Guerra, however, suggested that Arreaza was using Greece as an “intermediary” in a bid to trade the hard currency for euros and fly them back to Caracas.

He claimed that Arreaza opted to fly to Greece specifically because the country had endorsed Maduro in the ongoing constitutional crisis, and it would not be easy for a government plane to arrive in another EU country due to European sanctions, which include travel bans.

In late January, Guerra said he suspected that Maduro was preparing to spirit away 20 tonnes of Venezuelan gold on a Russian plane — something the Kremlin has denied.

Meanwhile, another Venezuelan opposition deputy, Angel Daniel Alvarado Rangel, alleged that at least eight tonnes of gold had been removed from the vaults of the Central Bank in Caracas at President Nicolas Maduro’s behest. 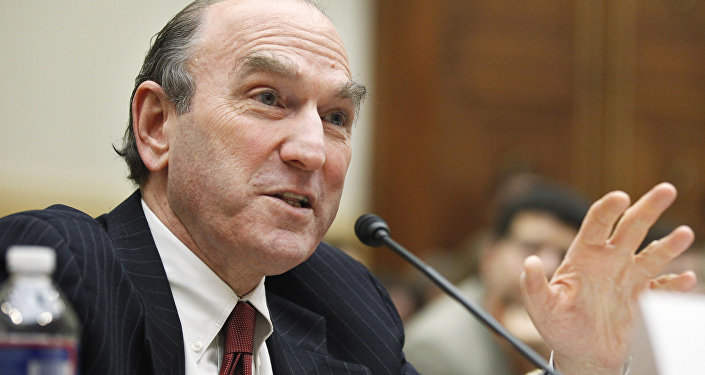 A UAE investment firm confirmed that it had purchased 3 tonnes of gold from Caracas in January.

Maduro believes that the Bank of England has frozen access to “more or less 80 tonnes” of Venezuela’s gold, which had been deposited in London. He called on the UK to return these assets and said he was hopeful that his country would not be “robbed of the gold that legally belongs to the central bank of Venezuela”.

The ability of Venezuela’s government to pay its debt obligations has been affected by foreign sanctions. Washington, which has endorsed Nicolas Maduro’s political nemesis Juan Guaido, has introduced sanctions against high-ranking Maduro allies and the country’s state-run oil giant PDVSA, calling on other countries to join in the asset crackdown.