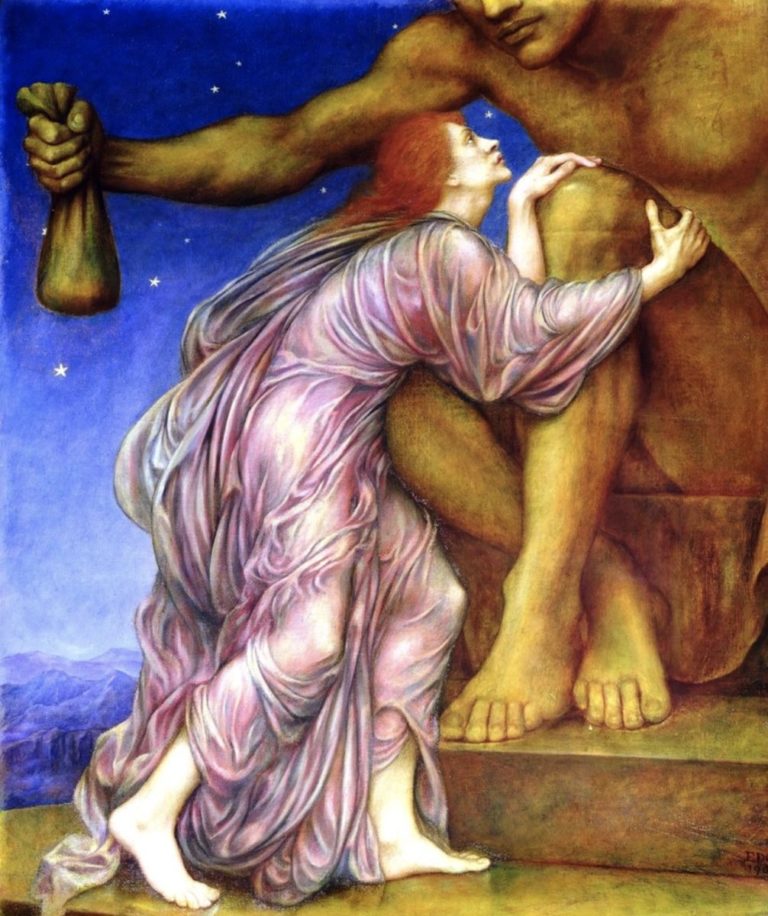 The Worship of Mammon by Evelyn De Morgan.

One of the first things to become apparent as I began reading about the deadly crash of Ethiopian Airlines’ Boeing 737 MAX 8 plane on March 10th, was the fact that nobody seemed to trust U.S. authorities.

Ethiopia’s aviation authority is unable to read the black box recorders from the Boeing 737 Max plane that crashed Sunday, but a row is brewing over just where the flight recorders will be sent for analysis.

The U.S. National Transportation Safety Board is pushing to have its experts analyze the data and voice recorders, which were partly damaged, the Wall Street Journal reports, but Ethiopian authorities would prefer to work with the U.K.’s Air Accidents Investigation Branch to ensure that U.S. experts won’t have undue influence in the probe of the American-made plane.

At the same time, pretty much the entire world had started to ground 737 MAX planes as this was the second time this model had crashed within the span of five months. By early last week, Canada and the U.S. had become increasingly isolated in insisting the planes were safe to fly, and then Canada folded too.

This represented a huge rebuke to the U.S. Federal Aviation Administration (FAA), which continued to defend the aircraft until the very last moment. In a ridiculous stunt, Transportation Secretary Elaine Chao even rode in a 737 MAX two days after the latest crash.

Many people, including myself, saw this lack of trust in the FAA as a watershed moment. Politico noted:

It was a sharp contrast to the typical way such decisions have been made in the past, in which countries would follow the lead of the agency that had certified the aircraft in question. In this case, that would be the FAA, which has historically been seen as the gold standard among aviation safety regulators.

Given the plethora of information to emerge in recent days, it turns out the rest of the world was correct to distrust the FAA and Boeing. The most illuminating article on the subject was published yesterday in The Seattle Times, titled: Flawed Analysis, Failed Oversight: How Boeing, FAA Certified the Suspect 737 Max Flight Control System.

If you read one article today, that should be it. It becomes perfectly clear that both the FAA and Boeing played major roles in allowing flawed planes to fly all over the world, and it took two disastrous crashes, as well as the whole world grounding them, to finally act.

Here’s some of what we learned. First, the FAA essentially outsourced much of its certification process for the 737 MAX planes to Boeing itself. Yes, you read that right.

The FAA, citing lack of funding and resources, has over the years delegated increasing authority to Boeing to take on more of the work of certifying the safety of its own airplanes. Early on in certification of the 737 MAX, the FAA safety engineering team divided up the technical assessments that would be delegated to Boeing versus those they considered more critical and would be retained within the FAA.

But several FAA technical experts said in interviews that as certification proceeded, managers prodded them to speed the process. Development of the MAX was lagging nine months behind the rival Airbus A320neo. Time was of the essence for Boeing.

As usual, it’s all about the money.

A former FAA safety engineer who was directly involved in certifying the MAX said that halfway through the certification process, “we were asked by management to re-evaluate what would be delegated. Management thought we had retained too much at the FAA.”

“There was constant pressure to re-evaluate our initial decisions,” the former engineer said. “And even after we had reassessed it … there was continued discussion by management about delegating even more items down to the Boeing Company.”

We also learn that the MCAS (Maneuvering Characteristics Augmentation System) was seemingly central to both fatal MAX crashes, and according to The Seattle Times, “the System Safety Analysis on MCAS, just one piece of the mountain of documents needed for certification, was delegated to Boeing.”

Even worse, Boeing gave inaccurate details to the FAA about MCAS and only informed it of the discrepancy after the first crash.

After the Lion Air Flight 610 crash, Boeing for the first time provided to airlines details about MCAS. Boeing’s bulletin to the airlines stated that the limit of MCAS’s command was 2.5 degrees.

That number was new to FAA engineers who had seen 0.6 degrees in the safety assessment.

“The FAA believed the airplane was designed to the 0.6 limit, and that’s what the foreign regulatory authorities thought, too,” said an FAA engineer. “It makes a difference in your assessment of the hazard involved.”

As such, according to The Seattle Times, Boeing gave inaccurate information to the FAA and foreign aviation regulators, an oversight that may have made a difference between life and death.

The Truth About the Coronavirus Vaccine Trials – #NewWorldNextWeek

MORE RIOTING IN PHILADELPHIA FOR 3RD NIGHT IN A ROW