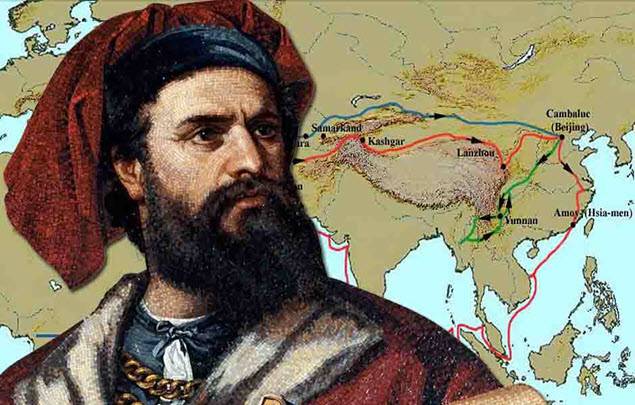 President Xi Jinping is due to arrive in Italy for an official visit on March 22. The top theme of discussion will be the New Silk Road, or the Belt and Road Initiative (BRI).

A day earlier, in Brussels, the EU is to debate a common strategy related to Chinese investments in Europe.

A substantial part of the EU is already linked de facto with BRI. That includes Greece, Portugal, 11 EU nations belonging to the 16+1 group of China plus Central and Eastern Europe and, for all practical purposes, Italy.

And yet it takes an undersecretary in the Italian economic development ministry, Michele Geraci, to tell the Financial Times that a memorandum of understanding supporting BRI will be signed during Xi’s visit, for all (White House) hell to break loose.

The FT is not shy of editorializing, calling BRI a “contentious infrastructure program.” BRI is a vast, far-reaching, long-term Eurasia integration project, and the only quasi-global development program in the market, any market. It’s especially “contentious” to Washington – because the US government, as I detailed elsewhere, decided to antagonize it instead of profiting from it.

A White House National Security Council spokesperson deriding BRI as a “made by China, for China” project does not make it so. Otherwise, no less than 152 – and counting – nations and international organizations would not have formally endorsed BRI.

China’s semi-official response to the White House, eschewing the usual diplomatic remarks by the Ministry of Foreign Affairs, came via a scathing, unsigned editorial in the Global Times which accuses Europe of being subjected to Washington’s foreign policy and a transatlantic alliance that is not coherent with its 21st century needs.

Geraci states the obvious; the BRI link will allow more of Made in Italy to be exported to China. As someone who lives between Europe and Asia, and always discusses BRI while in Italy, I see that all the time. The appeal of Made in Italy for the Chinese consumer – food, fashion, art, interior design, not to mention all those Ferraris and Lamborghinis – is unrivaled, even by France. Chinese tourists just can’t get enough of Venice, Florence, Rome – and shopping in Milan.

Washington can build no case lecturing Italians that a BRI link undermines the US side in the trade war – considering that some sort of Xi-Trump deal may be imminent anyway. Brussels for its part is already deeply divided, especially because of France.

German business knows that China is the present and future market of choice; besides, one of the top terminals of the New Silk Road is Duisburg, in the Ruhr valley.

We’re talking about the 11,000 km-long Yuxinou container cargo train connection, active since 2014; Chongqing, Kazakhstan, Russia, Belarus, Poland, all the way to Duisburg. Yuxinou (short for Chongqing-Xinjiang-Europe), one of the key corridors of the New Silk Roads, is bound to be upgraded to high-speed rail status in the next decade.

Nearly a year ago I explained in some detail on Asia Times how Italy was already linked to BRI.

Essentially, it’s all about Italy – the number three European nation on naval trade – configured as the top southern European terminal for BRI; the entry door for connectivity routes from east and south while also serving, in a cost-effective manner, scores of destinations west and north.