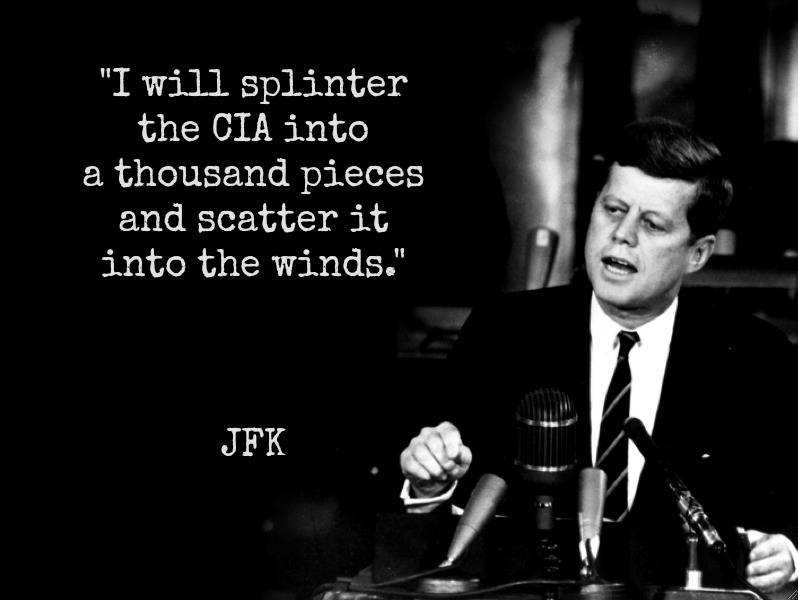 In this posting, I want to take a very brief look at the history of the founding of America’s Central Intelligence Agency and provide quotes from an American president regarding his views on the CIA and what should be done to control its seemingly unfettered powers.

The Central Intelligence Agency had evolved significantly over the decades up to its official designation as America’s foremost intelligence agency in 1947 as follows:

The CIA was created under the National Security Act of 1947which was signed into law on July 26, 1947 by President Harry Truman as shown here: 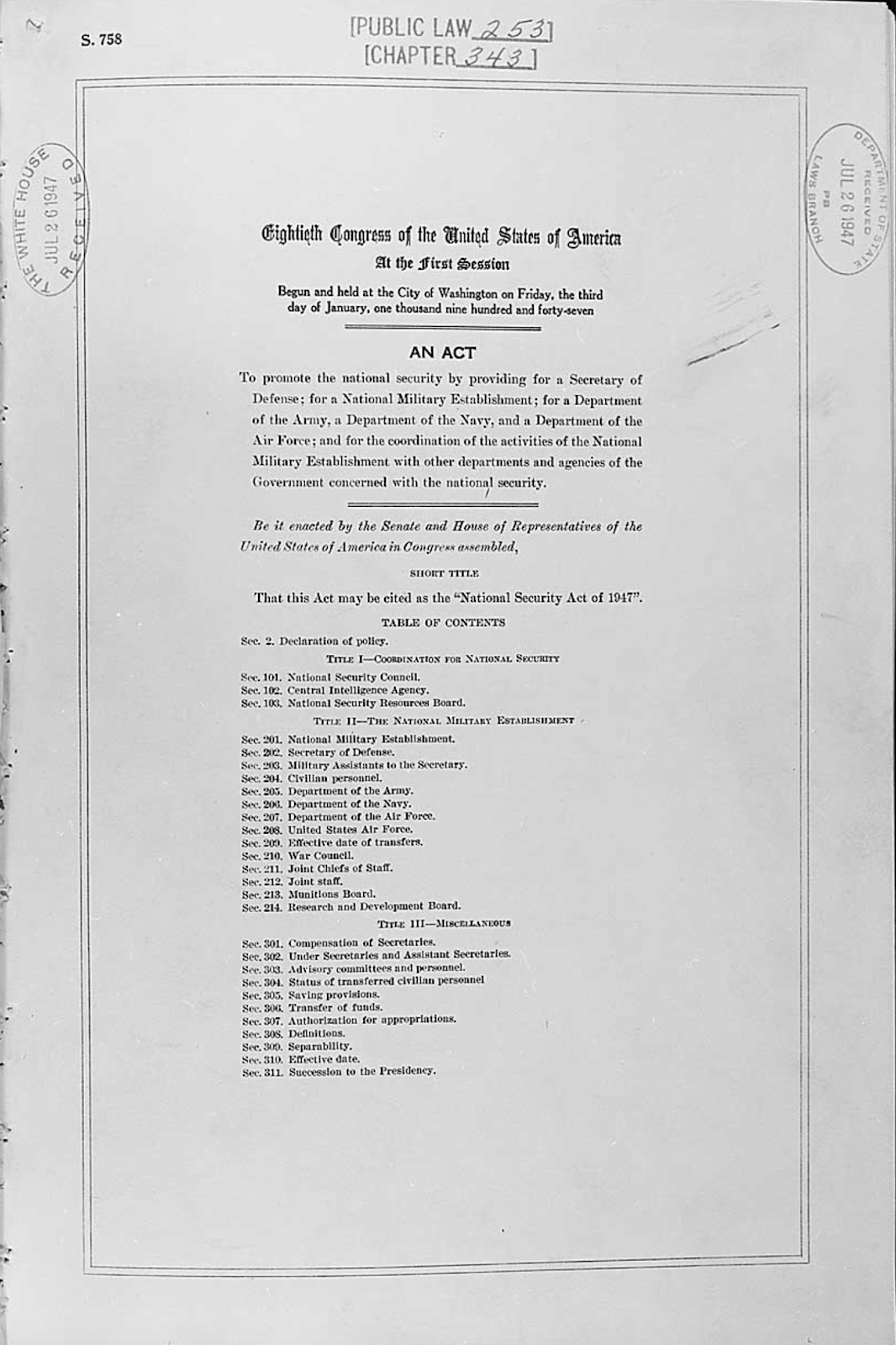 Under the Act, the CIA was responsible for the same functions as the CIG as follows:

In addition, the Act added the following broad tasks to the CIA’s “to do” list:

2.) make recommendations to the NSC regarding the coordination of intelligence activities of the Department.

3.) correlate and evaluate intelligence and provide for its appropriate dissemination.

4.) perform such other functions as the NSC will from time to time direct.

By 1953, the Agency was an established element of Washington, making contributions in the areas of paramilitary warfare and political action.

With that background, I would like to change gears and look at some comments and concerns about the Central Intelligence Agency from a United States president.  These comments are particularly pertinent given the CIA’s involvement in geopolitical meddling around the globe over the past 71 years, a small sampling of which you can read about here, here and here.

Now, let’s look at some quotes from the President of the United States about the CIA:

“I think it has become necessary to take another look at the purpose and operations of our Central Intelligence Agency— CIA.

I think it is fairly obvious that by and large a President’s performance in office is as effective as the information he has and the information he gets. That is to say, that assuming the President himself possesses a knowledge of our history, a sensitive understanding of our institutions, and an insight into the needs and aspirations of the people, he needs to have available to him the most accurate and up-to-the-minute information on what is going on everywhere in the world, and particularly of the trends and developments in all the danger spots in the contest between East and West. This is an immense task and requires a special kind of an intelligence facility.

Of course, every President has available to him all the information gathered by the many intelligence agencies already in existence. The Departments of State, Defense, Commerce, Interior and others are constantly engaged in extensive information gathering and have done excellent work.

But their collective information reached the President all too frequently in conflicting conclusions. At times, the intelligence reports tended to be slanted to conform to established positions of a given department. This becomes confusing and what’s worse, such intelligence is of little use to a President in reaching the right decisions.

Therefore, I decided to set up a special organization charged with the collection of all intelligence reports from every available source, and to have those reports reach me as President without department “treatment” or interpretations.

I wanted and needed the information in its “natural raw” state and in as comprehensive a volume as it was practical for me to make full use of it. But the most important thing about this move was to guard against the chance of intelligence being used to influence or to lead the President into unwise decisions— and I thought it was necessary that the President do his own thinking and evaluating.

Since the responsibility for decision making was his— then he had to be sure that no information is kept from him for whatever reason at the discretion of any one department or agency, or that unpleasant facts be kept from him. There are always those who would want to shield a President from bad news or misjudgments to spare him from being “upset.”

For some time I have been disturbed by the way CIA has been diverted from its original assignment. It has become an operational and at times a policy-making arm of the Government. This has led to trouble and may have compounded our difficulties in several explosive areas…

But there are now some searching questions that need to be answered. I, therefore, would like to see the CIA be restored to its original assignment as the intelligence arm of the President, and that whatever else it can properly perform in that special field— and that its operational duties be terminated or properly used elsewhere.

We have grown up as a nation, respected for our free institutions and for our ability to maintain a free and open society. There is something about the way the CIA has been functioning that is casting a shadow over our historic position and I feel that we need to correct it.” (all bolds mine)

Can you guess which President of the United States made this running rather negative commentary on the Central Intelligence Agency and its “rogue tendencies”? This commentary was written by none other than President Harry S. Truman, the president that signed the CIA into existence in 1947, and appeared in the Washington Post on December 22, 1963 under the title “Limit CIA Role to Intelligence”.  It is key to keep in mind that this presidential commentary appeared in the Washington Post exactly one month after President John F. Kennedy was assassinated.  The great irony is that a majority of Americans believe that there was a conspiracy behind the assassination of Kennedy with 7 percent (n 2013) still believing that the CIA was involved as shown here: