This story was spotted by many people, but I want to zero in on one particular individual who shared it, Mr. K.L., who, when sharing it, asked a very significant question in his email. But first a little background. In the 2015 Secret Space Program Conference in Bastrop, Texas, I offered the speculation that (1) if one suspected that humanity had, or has, “genetic cousins” that are “out there somewhere”, and (2) if one suspected that this group interacted with humanity not only in the past but also is doing so in the present, and thus (3) that “they” may be here and walking among us, then one was presented with the “nightmare contact scenario,” one explored countless times in science fiction books, short stories, and even television series. The famous series from the 1970s, The Invaders, starring Roy Thinnes, was predicated around precisely this theme. If “they” look like us and walk like us and more or less talk and act like us, how would one detect them?

The only way, I averred at the conference, would be through genetic sequencing.

Well, with that in mind, ponder the following story which Mr. K.L. and many others shared:

Just one week ago, we warned that the government — helped by Congress (which adopted legislation allowing police to collect and test DNA immediately following arrests), President Trump (who signed the Rapid DNA Act into law), the courts (which have ruled that police can routinely take DNA samples from people who are arrested but not yet convicted of a crime), and local police agencies (which are chomping at the bit to acquire this new crime-fighting gadget) — was embarking on a diabolical campaign to create a nation of suspects predicated on a massive national DNA database.

As it turns out we were right, but we forgot one key spoke of the government’s campaign to collect genetic information from as many individuals as possible: “innocent”, commercial companies, who not only collect DNA from willing clients, but are also paid for it.

FamilyTreeDNA, one of the pioneers of the growing market for “at home”, consumer genetic testing, confirmed a report from BuzzFeed that it has quietly granted the Federal Bureau of Investigation access to its vast trove of nearly 2 million genetic profiles.

While concerns about unrestricted access to genetic information gathered by testing companies had swelled since April, when police used a genealogy website to ensnare a suspect in the decades-old case of the Golden State Killer, that site, GEDmatch, was open-source, meaning police were able to upload crime-scene DNA data to the site without permission. However, the latest arrangement marks the first time a commercial testing company has voluntarily given law enforcement access to user data.

Worse, it did so secretly, without obtaining prior permission from its users

And the concluding paragraph:

And, of course, if every person’s DNA is in one giant genetic database, there would be no mistakes. Now if only the risk of abuse of this information was also nil, then everything would be great. Alas, as Snowden revealed when he exposed the flagrant abuses at the NSA years ago, this will never be the case especially when the “objective and impartial” FBI is involved.

Now, before we get to today’s high octane speculation courtesy of Mr. K.L.’s question, let’s first dispatch with the obvious. A national DNA database, as the article strongly implies, is the natural outgrowth not only of the value of such genetic technologies as forensic evidence, but also the natural outgrowth of the FBI’s mandate to investigate crime, particularly interstate crime, and to run national criminal databases. In other words, there may be nothing more to this than just that (though, as the reader might have guessed, I strongly suspect this is not the case, and that much more is involved). This alone should give one pause, for a national database of everyone’s DNA, while providing a great forensic tool, could – in my imagination – also be used to plant evidence and to frame people for crimes they did not commit. If that sounds fanciful, consider only the double standards we’ve seen in the past few years, along with galloping abuses of power in the Department of (In)Justice. With DNA samples of individuals ready to hand, and with appropriate cloning techniques, evidence could perhaps be fabricated implicating virtually anyone for anything. And at this juncture, I wouldn’t put anything past the kind of Gestapo Meullerism we’ve seen lately.

But I suspect there’s a much deeper level to all of this, as implied by my introduction to this article, and by Mr. K.L.’s very important question: “Why the FBI?” Beyond the reasons cited thus far, there is one other very interesting and to my mind compelling reason, the reason laying behind the High Octane Speculation that I am going to entertain. The other mandate of the FBI is counter-intelligence within the territory of the USA. Thus, if one suspected that those genetic cousins really do exist, and that they resemble us strongly, the way to uncover potential infiltration is precisely through genetics, and to do so in terms of a national database. And of course, the interesting thing is, one can make the whole operation do “double duty”, and one need never acknowledge “deeper reasons” for the accumulation of such a database, such as I am suggesting. 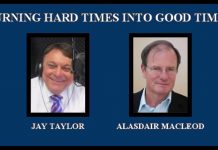