A few months back, we issued a report, The Primacy Of Income, declaring the end of the era of capital gains.

It’s conclusion? Wealth accumulation over the next decade will be predominantly driven by income.

Since issuing that report, developments have only served to underscore that prediction.

The data signals indicating that the US and global economies are entering recession are multiplying faster than rabbits on Viagra.

We dived deep into these figures and their repercussions in our detailed report, You vs The Recession.

Its key takeaway is this: the unrelenting year-after-year gains across nearly all asset prices that we’ve enjoyed over the past decade are done. Moreover, they’re highly-likely to reverse into losses as the arriving global recession takes hold.

Couple that loss of appreciation with the job losses that accompany recessions, and the outlook is bleak for those looking to protect and grow their financial wealth over the coming decade.

Such conditions make investing for income (inflation-adjusting and tax-advantaged whereever possible) not just prudent, but imperative.

Income enables investment and incremental value-creation. Without it, much less is possible.

For stark validation of this point, we only need to turn to yesterday’s news announcing Amazon’s withdrawal from its plans to build a headquarters in Long Island City, Queens NY.

I’m not much of a fan of any of the parties involved in this debacle, so I’m not really sure there are any heroes in this story. But there sure are victims.

What’s unequivocal is that New York (and the people of Queens especially) just lost a gigantic long-term future revenue stream.

The deal on the table before Amazon walked away was expected to bring in $27 billion in tax revenue to New York over 25 years, generating 25,000-40,000 new jobs at an average salary of $150,000. In addition, another 1,300 construction jobs would have been created during the 15-year planned build-out.

Whether or not this was the “absolute best” deal that could have been struck, it represented a staggering economic windfall for Queens — akin to the cargo cults of WW2 when the US Navy would suddenly arrive on a remote island in the Pacific, flooding the tiny local economy with dollars.

It’s extremely unlikely Queens will ever see another opportunity like this.

And with it now gone, the community infrastructure needs the politicians were championing during the negotiations — fixing the subways, funding the schools — remain. But now there’s no river of new money to pay for them.

Without that income, so much less is now possible for the people of Queens.

Which is why as the politicians responsible for the deal’s breakage are claiming “victory” over corporate overreach, the folks who actually live and run businesses there are reacting like this:

“Amazon’s decision to withdraw its plans for our region will go down as one of the biggest debacles in New York State history, and the elected officials who are responsible for this epic disaster should be ashamed of themselves for jeopardizing thousands of jobs and billions of dollars in tax revenue and should also consider resigning.”

“The reason why this is such a disaster is not only the loss of jobs, but the loss of people perceiving New York as friendly to investment in the 21st Century economy. The collateral effects of Amazon coming were always great, and now the collateral negative effects of Amazon leaving may be even greater. With Amazon coming, New York was finally recognized as the equal of Silicon Valley as a place to invest in startups  and for its potential for creating more diversity in tech as a whole. Now that’s lost.”

Andrew Rasiej, board member of NY Tech Alliance and CEO of Civic Hall

“Instead [of bringing improvements to Queens, the Amazon deal] gets killed by the worst type of politics, and by a very vocal minority with no roots in this community. They weren’t from the neighborhood, and they got caught up in this movement, and on the wrong side of history.”

“You need jobs in this area, and they promised us jobs, and we were looking forward to them being here. And now?”

All those New Yorkers — politicians, businessowners and residents alike — who were counting on all that could be accomplished with Amazon’s $27 billion, suddenly find themselves looking at a substantially diminished future and wondering dazedly: 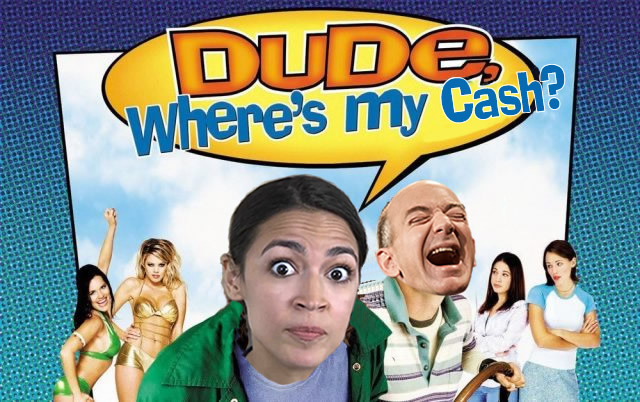 For those looking to avoid a similar fate should portfolio losses or a pink slip suddenly threaten your financial well-being, investing for income offers some of the best protection we know of.

So, how does one get started?

Sadly, accustomed to the speculative approach marketed to us for so long by the financial industry, most investors are woefully under-educated in how to build a diversified portfolio of passive income streams (inflation-adjusting and tax-deferred whenever possible) over time.

First you can read our recent report, A Primer On Investing For Inflation-Adjusting Income, in which we detail out the wide range of prevalent (and not-so-prevalent) solutions for today’s investors to consider when designing an income-generating portfolio. From bonds, to dividends (common and preferred), to real estate, to royalties — we explain each vehicle, how it can be used, and what the major benefits and risks are.