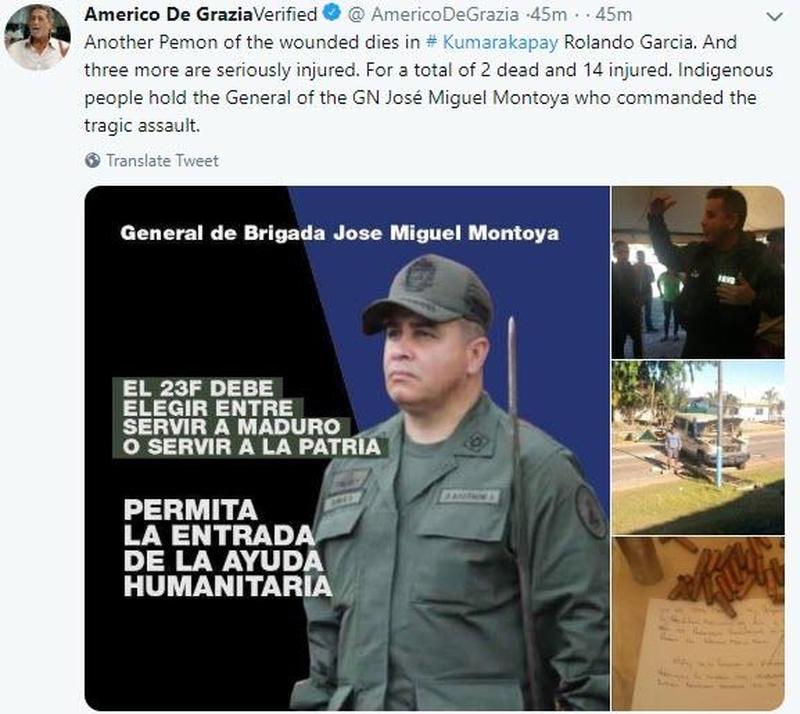 Update: Americo De Grazia, Deputy of the National Assembly, has confirmed on Twitter that a second person has died in the border clashes:

Just hours after Russian Foreign Ministry spokeswoman Maria Zakharova said a U.S. humanitarian aid convoy for Venezuela could provoke clashes and create a pretext for removing President Nicolas Maduro, a staunch Russian ally, from power by force,  The Washington Post reports, according to an eye-witnesses and community leaders, that Venezuelan soldiers opened fire on a group of civilians attempting to keep open a segment of the southern border with Brazil for deliveries of humanitarian aid, leading to multiple injuries and the first fatality. 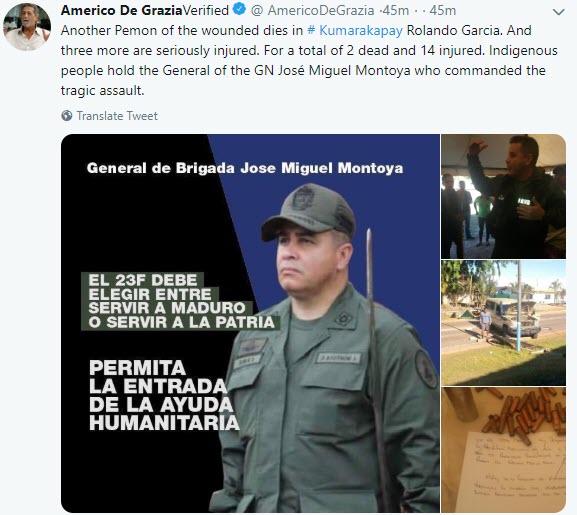 President Nicolas Maduro had warned that the aid is a pretext for a U.S. intervention and had locked down his nation.

The Washington Post details the deadly events started at 6:30 a.m. on Friday, a military convoy approached a checkpoint set up by an indigenous community in the southern village of Kumarakapai, that rests on the main artery linking Venezuela to Brazil. When the volunteers sought to block the military vehicles by standing in front of them, soldiers began firing assault rifles, wounding at least 12 people, four of them seriously. One woman, Zorayda Rodriguez, 42, was killed.

At least 30 neighbors took to the streets following the shootings, kidnapping three soldiers, according to Carmen Elena Silva, 48, who had joined in the roadblock, and George Bello, a spokesperson for the indigenous community.

“The majority of the people support the entrance of humanitarian aid, and we want to keep our border open,” Silva said. “This is help, not war…Every day more children die.”

The activists belonged to the Pemones indigenous tribe that has joined the opposition effort to haul in aid donated by the United States and other countries from bordering nations on Saturday.