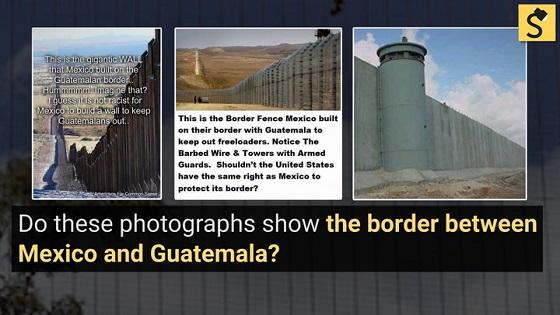 Rational discourse has been the overriding casualty of the border war. The break down in language is more than semantics. It has elevated into a divergence of culture that no longer shares a common value system or a cherished dream. The camps of discontent reside in separate and distinct jurisdictions. Government has failed at every level. People have become so polarized that trust in a community of citizens has been discarded for the purity of totalitarian globalism. The continued controversy over a border barrier differentiates more than a line between two countries.

Even the furthermost betrayer of the Republic, Abraham Lincoln foretold of the consequences from a divided nation. At the June 16, 1858 acceptance speech for the Republican nomination for President in Springfield, Illinois, Lincoln spoke the following:

“A house divided against itself cannot stand.”

I believe this government cannot endure, permanently half slave and half free.

It will become all one thing or all the other.”

The connotation of slavery has a 21st century meaning that the progressive collectivists do not understand. Yet, they are the most eager advocates of pushing for a divided country. Today’s society is designed to keep citizens in a “PC” slavery that is a hallmark of open borders invaders and their proponents. This res publicamindset does not advance or defend a commonwealth.

Establishing an effective barrier is necessary to preserve the integrity of our territorial boundaries. However, the lack of will in Congress or in the Federal courts has proven that a sensible resolution to an entirely avoidable conflict is unlikely. So consider a method of action that can sidestep the radical extremists who are the neo-establishment.

President Trump should direct the military to create an outpost that would be constructed by the U.S. Army Corps of Engineers. Trump should direct funds from the foreign aid allotments that go to countries that work against our own national interest. The key to this option is to lease from Mexico a one mile corridor south of the current border where a permanent barrier wall would be built outside the jurisdiction of the U.S. Congress and Federal courts.

Points of entry under strict restrictions would be enforced and locations for legitimate petitions to become an American citizen and adopt English as the official language would be a condition for application.

Buses, trucks and train routes from Mexico would be scrutinized since individual crossing of the border would be illegal. This solution would avoid a repeat of General John J. Pershing’s military expedition against Mexican revolutionary Pancho Villa which was authorized by President Woodrow Wilson.

If permanent military oversea outposts in Iraq and Afghanistan are supported by the warmongers, ponder the insanity of allowing a continuous flood of illegal’s to overrun our country. Rejecting the obvious is a luxury that even the “Pseudo Emancipator” would question. The cultists on the United States Courts for the Ninth Circuit exceed at dividing the nation and are hell bent on their objective for this house to fall.

Just maybe these usurpers of the original constitution need to experience the fallout of their reversible errors. Why not show some of those left coast bleeding heart sympathizers by buying up property adjutant to these robe magistrates and move in MS-13 gang members as next door neighbors. How long would it be before wall redoubts would pop-up around their abodes?

Judicial accountability is a non starter among the barrister profession and certainly has bipartisan cover to keep the sellout of our natural (excluding DACA) born or naturalized citizens. A military patrolled barrier on Mexico soil can negate the treason that deranged lawyers and pompous judges routinely commit.

By creating a no man’s land, this small strip of leased ground can do more to preclude internationally funded and organized caravans from crossing into the United States. Lincoln’s assertion that he does not expect the Union to be dissolvedhas already been proven wrong. America is under assault by the authoritarian factions that systematically work to destroy a sensible culture that educate responsible citizens.

Universal humanitarianism paid for by deficit spending is the true immoral element. While the Federal government refuses to act responsibly, both parties continue to keep raising expenditures. A partial shutdown (25% of budget) proves that many governmental services are really not needed. As long as the Democrats refuse to fund and the courts rule against a border wall, the outline of this suggestion offers a viable alternative.

The Korean Demilitarized Zone and the Israeli West Bank barrier or wall are two examples of barring population intrusions. Debate the political justifications if you wish, but do not deny that a wall can provide protection for your own territory. Historically, the Vatican and Constantinople Walls were most effective barriers for keeping out barbarian incursion. There was no division if a wall was needed. Only in this bizarre and distorted matrix of self-induced domestic suicide would a society allow the intentional surrender of our national sovereignty.

Abandoning assimilation of immigrants guarantees the eradication of essential values and customs that created a country which was the envy of all other nations. As the inevitable bankruptcy from debt spawn fiat currency grows closer, the expansion of millions of marginally skilled and often sickly migrants only amplifies a vagrant influx, which cannot be afforded.