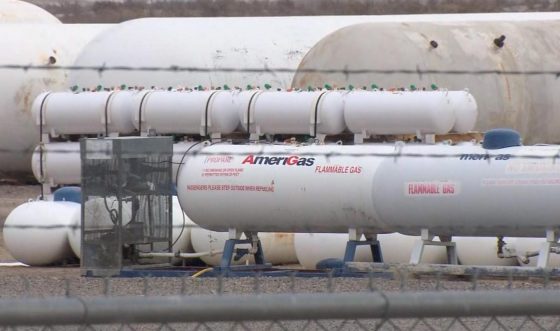 The propane supplies are now on the rise after the shortage prompted the state’s governor, John Hickenlooper to declare a disaster emergency over the Christmas holiday. Many are crediting the governor for his quick action (signing a piece of paper declaring an emergency is allegedly “helping”) to avert a crisis. While the shortage could have left thousands without heat in Colorado during winter, it seems like if you live in a colder climate, you’d have a backup source of heat anyway.  The governor’s “action” was likely nothing more than simple fear mongering brainwashing the public to believe they cannot survive without the government on their own.

There have even been some reports claiming there never was a shortage, adding even more evidence that the disaster declaration is nothing more than a confusing bit of fear mongering. Officials say the shortage stems from in-state production issues, which have forced propane suppliers to turn to out-of-state resources. But many in the industry don’t know where these so-called officials have gotten their information. As part of his declaration, Hickenlooper relaxed his own restrictions on how many hours drivers can work, allowing more propane to be delivered. But this would have all been useless propaganda and immediately labeled as nothing more than fear mongering had those affected by the disaster declaration been adequately prepared and not subjugated by the fear of a shortage that may never have existed, to begin with.

But, in the event of an actual propane shortage, there are some things you can you and your family can do now to be prepared. According to Martial Law News, it is pretty simple to prepare your home for a fuel shortage.  Should the propane industry face trouble or regulations that make it difficult to supply fuel, or during the event of a societal collapse where fuel is simply unavailable, it’s better to just be prepared in advance.

4. Invest in a lot of candles. You can never have enough candles either in your prepping supply or randomly sprinkled around your house as “decoration”! Candles serve two purposes—heat and light. Just fill up the room you plan on staying in with candles and light them all up. Many scented candles should be avoided if any family members are sensitive to fragrances. Non-scented soy wax candles won’t overpower your sense of smell, nor will lighting them give you massive headaches. But, you will still want to make sure there is some ventilation in the room you’ve lit with candles. Use extreme caution when lighting a lot of candles. Do not burn anything inside your home without providing adequate ventilation to the outside. Keep a fire extinguisher right near whatever open flame heat source you are using. Carbon monoxide and fire can be deadly. You will also need to pay special attention to the kids and the pets as with any open flame.