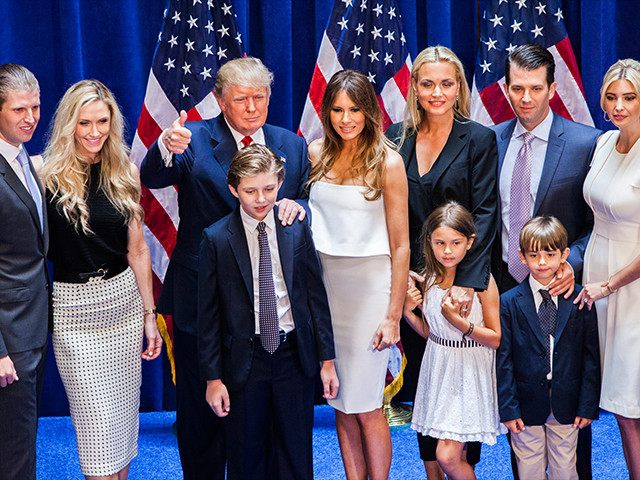 NBC News legal analyst Jill Wine-Banks is publicly floating the idea of indicting President Trump’s children if no way can be found to indict him.

“I firmly believe the Constit[ution] permits indicting a sitting president, but if DOJ disagrees, indicting his children, the Trump Org & Foundation for their roles in wrongdoing is a great alternative–or addition[,]” she tweeted on Thursday:

I firmly believe the Constit permits indicting a sitting president, but if DOJ disagrees, indicting his children, the Trump Org & Foundation for their roles in wrongdoing is a great alternative–or addition
Opinion | Why not indict the Trump Organization? https://t.co/a0a3RTaabF

Wine-Banks is not only a frequent legal analyst for MSNBC; she was a Watergate prosecutor, served in the Carter administration as U.S. general counsel of the Army, and as the executive director of the American Bar Association. But here she is floating the Banana Republic tactic of persecuting a man through his own children.

And because the establishment media have violated so many norms, so degraded our political discourse in pursuit of Trump, ideas as un-American and monstrous as this are now considered acceptable. As long as you are talking about Trump or his family, nothing is off limits.

This is also a revealing look at the Stalinist mindset of the left and how politicized the legal pursuit of Trump has been and will continue to be.

Wine-Banks linked to an opinion piece written by the far-left Washington Post‘s chief anti-Trump hysteric, Jennifer Rubin, who, without any evidence of any illegality, is calling for someone — anyone! — to indict Trump’s company. Rubin also mentions indicting Trump’s “relatives.”