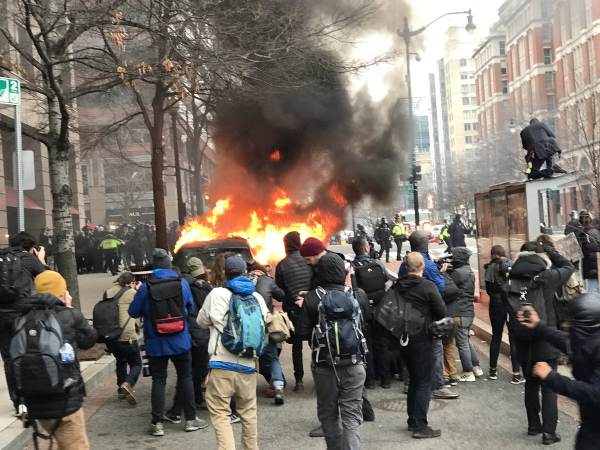 Since that time the Democrat Party has ratheted up their violent tactics and threats.

And last it was last week’s Kavanaugh confirmation where Americans got to see the lies and violence of the left up close and in action.

On Tuesday Markus Persson called out the left again for being taken over by evil.
It’s about time that someone called out the tactics of the left for what they are — pure evil.

Self-made billionaire and Minecraft creator Markus Persson says that the political left has “literally been taken over by evil.”

Persson, who is an award-winning video game programmer and designer, made the comments on Twitter during a discussion about how the left deploys ad hominem slurs and insults against its political adversaries.

Tweeting from his verified ‘@Notch’ account to 3.7 million followers, the 39-year-old Swede wrote, “I know people don’t like it when I point this out, but the left has been taken over by evil,” adding, “And I mean that literally.”

I know people don't like it when I point this out, but the left has been taken over by evil.

And I mean that literally.