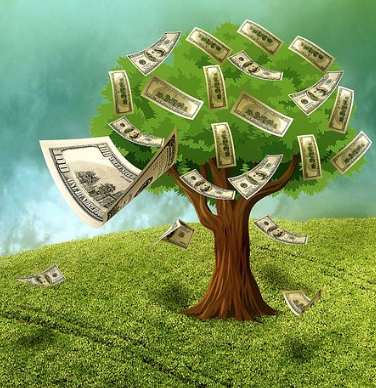 The 10-year U.S. Treasury note touched a 7-year high in yield early this morning at 3.25 percent before falling back to 3.22 percent in mid-morning trading. As rates have risen over the past year, we’ve witnessed a growing chorus of business writers repeating the following mantra, or words to this effect: bank stocks will do well, even in a rising interest rate environment, because the spread will widen on what they pay to their depositors versus the rate that they earn on loans.

When it comes to five of the mega Wall Street banks – JPMorgan Chase, Bank of America, Citigroup, Goldman Sachs and Morgan Stanley – you can throw that advice out the window. That’s because these are not so much banks as they are black holes of interconnected and concentrated interest-rate risk with trillions of dollars of derivatives sitting on their balance sheets. And since any blowup among these behemoths will taint the entire banking sector, this advice is also faulty for the entire sector.

We can already hear the naysayers countering that these are smart banks that know how to hedge their interest-rate risk and derivatives risk. Not only do we have the 10-year anniversary of the greatest Wall Street bank crash since the Great Depression to remind us that this isn’t so, but we also have basic math to tell us otherwise.

The basic math is this: for every derivative trade on the books of these banks, there has to be a counterparty taking the opposite side of the bet. There are simply not enough large financial institutions to serve as counterparties to these trades so the banks are counterparties to each other’s trades, along with the big U.S. insurance companies and a handful of big European banks – with Deutsche Bank being a key focal point of risk according to the IMF.

What is shameful about the interconnectedness of today’s big Wall Street banks is that it so closely parallels the research findings on the crash of 2008. In a 2011 paper prepared for the Money and Banking Conference in Buenos Aires, financial researcher Jane D’Arista wrote:

“Interconnectedness is one of the critical clusters of related causes of the crisis. It resulted from the extraordinary growth in indebtedness within the financial sector that facilitated higher leverage ratios and rising levels of speculative trading for institutions’ own accounts. As the amount of short-term borrowing and lending among financial institutions expanded, markets for repurchase agreements and commercial paper became primary funding sources, forging a chain that linked the fortunes of many institutions and various financial sectors to the performance of a few of the largest and exacerbated systemic vulnerability. Increased profits and compensation masked the growing vulnerabilities in the system but the crisis outcome was inevitable given:

“— the buildup of unsustainable debt for individual institutions and the system as a whole;