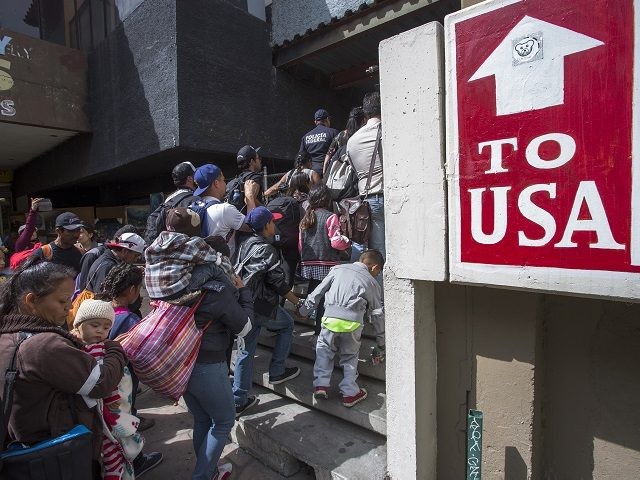 President Donald Trump defended his tough enforcement of immigration laws on Monday, saying that he would not allow unchecked flows of illegal immigration into the country.
“The United States will not be a migrant camp and it will not be a refugee holding facility,” Trump said. “You look at what’s happening in Europe … we cannot allow that to happen to the United States. Not on my watch.”

The president urged Americans to read about the problems and crime in Europe after countries accepted mass groups of migrant populations.

He chastised Democrats for grandstanding on the issue of immigration instead of working with Republicans to fix the problems.

The president said he was willing to accept more immigrants, but called for it to be focused on high skills immigration. He added, however, that the problem with the country’s immigration laws had to be fixed first.

“A country without border is not a country at all. … It starts at the border, and that’s the way it is,” Trump concluded.