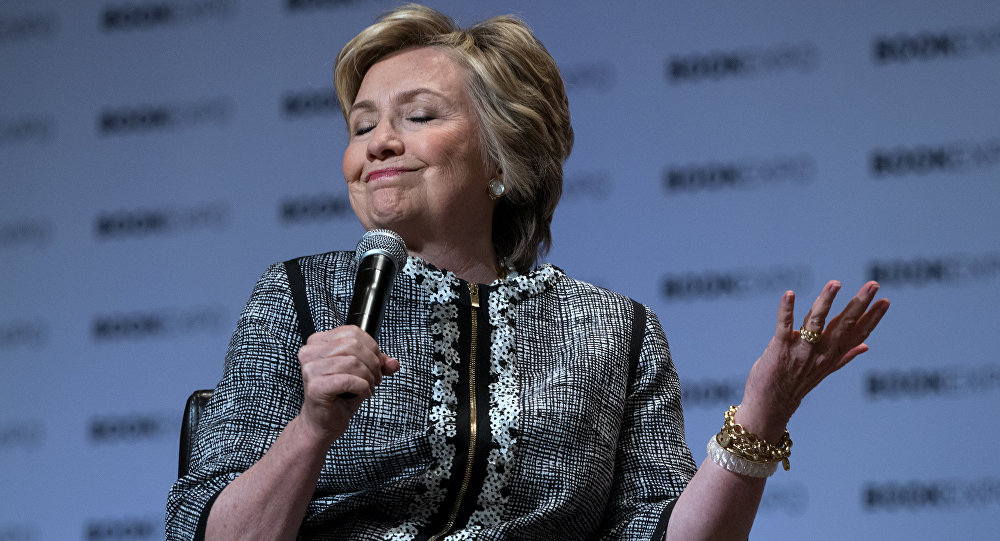 The decision made by the FBI leadership to look back into the Hillary Clinton email investigation shortly before the presidential election was affected by James Comey’s faith in her impending victory, the agency’s former director himself said during an exclusive interview with ABC News three days ahead of the release of his book titled A Higher Loyalty: Truth, Lies, and Leadership.

I don’t remember consciously thinking about that, but it must have been because I was operating in a world where Hillary Clinton was going to beat Donald Trump, and so I’m sure that it was a factor,” Comey said.

According to him, it appeared obvious at the time that Hillary Clinton was “going to be elected president”, thus making him reason that burying the investigation might make her “illegitimate the moment she’s elected, the moment this comes out.”

Many social media users however took a dim view of Comey’s revelations and of his book as a whole.

He should have said “she is a criminal & we will be prosecuting her to the fullest extent of the law.”

Too bad he’s a spineless coward.

Worst piece of fiction I have ever had the pain to read.

Looks to be penned by a Hillary Clinton speechwriter.

We all know how well that worked out …#Comey #QAnon