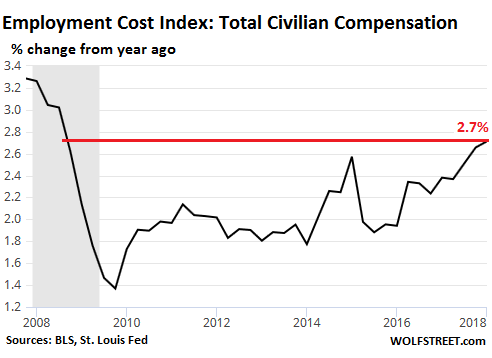 Total compensation costs for civilian workers — which include wages, salaries, and benefits of workers in the private sector and in state and local governments — increased 2.7% seasonally adjusted, over the past 12 months ending in March 2018, up from a 2.4% increase in the prior quarter, the Bureau of Labor Statistics reported this morning. This was the fastest 12-month increase since Q3 2008: 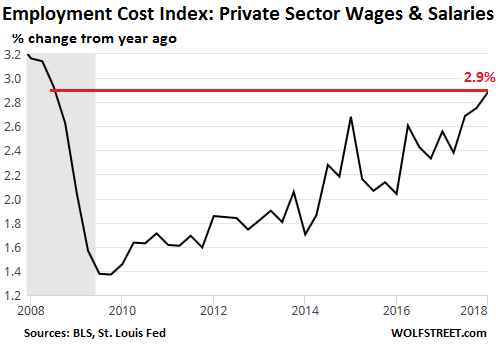 Employee benefits in the private sector rose 2.6% compared to a year ago. The sub-category of healthcare costs rose only 1.5% over the 12-month period. This chart of private-sector benefit costs shows that the year-over-year increase in Q1 was smack-dab in the middle of the range of the past 10 years: