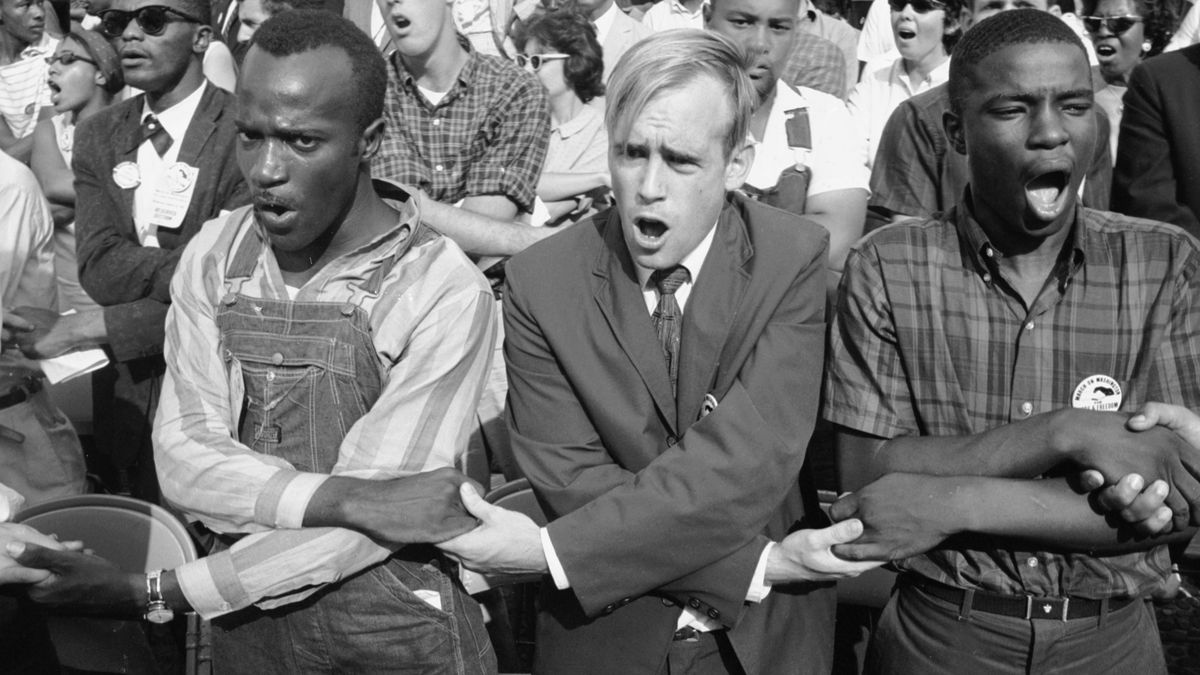 I have been arguing for years that Blacks were growing weary of the Democratic Party and how they are being taken for granted by the Democratic Party. Many Blacks that I know refer to the DNC as the Democratic Plantation, with its obvious reference to the denial of opportunity by equating the treatment of Blacks by the DNC as being analagous to slavery. Admittedly, there is a bit of hyperbole, however, there is no question that the entire Democratic strategy is to lock up the vote of all Blacks in exchange for a little bit of welfare.

Black Self-Empowerment vs the Welfare State
The DNC is getting caught in a backlash against their enabling of a spirit of helplessness against Black people where the strategy is to keep an entire race dependent, or believing they are dependent upon the DNC for survival. The main weapons of subjugation that the Democrats use are food stamps and other forms of welfare. Education programs and job training programs are an infrequent approach because it does not foster a sense of dependence upon the Democratic Party. These kinds of opportunities would empower Black people and the Democrats would never endorse independence.

There is an unmistakeable backlash against the DNC and these policies which enable and foster a spirit of learned helplessness.

Not having to ride in the “back of the bus”.
Having the right to book accomodations in any hotel.
Having access to equal housing.
Having access to equal education.
Not being denied service based on race.
Removing barriers which prevent Black people from voting.
Being able to run for and hold office.
Enjoying total protection under the 14th
Not being denied employment, or promotion, based on race.
Having all Constitutional liberties protected regardless of race.

These important areas and more were the domain or such notable reformers as Dr. Martin Luther King whose work, coupled with politicans such as JFK, led to a massive overhauling of embedded racist policies in America.

A Second Civil Rights Movement
There is an emerging second civil rights movement going on in America and it is being led by Blacks who are tired of being marginalized and minimized by the Democratic Party. The vast majority of Black people, just like anyone else, don’t want to be placated with welfare that cuts into one’s self-esteem and sense of self-empowerment. The establishment of meaningful educational, personal and professional goals are what is motivating Blacks in 2018 and the Democratic party is clueless and oblivious to this fact.

It is an established fact that the Democratic Party is the party of tax and spend. And the spending is usually on some form of entitlement program which limits the potential economic reach of its participants. The Democratic tax and spend party, if they really cared about the future educational opportunities and ultimate economic achievement of Blacks, would have never allowed property tax to become the primary funding mechanism for public schools. The assessed value of property tax is based upon the value of a home. If Black income is below that of Whites, and it still is, the tax revenue collected in a Black community is going to be less than that is collected from a White community. Ask yourself a logical question, which community will have the greater disparity in educational opportunities that will have a dramatic impact on income down the road? As long as there is any degree of racial disparity between the races, property taxes, as a funding mechanism, will produce unequal educational and income potential. The mechanism for funding schools, to a large extent is racist in its impact. Now, if I, as a so-called racially insensitive, White Christian conservative, can see the real racism in this system, then why can’t the leadership of the DNC and then act accordingly with regard to the needed reforms that need to be brought about to ensure an equal playing field between the races?

The Democratic leadership knows that what I am saying here is accurate and very true. However, they want to act ignorant to this fact. Why? Because the learned helplessness policies of welfare, designed to stunt individual growth, keeps an entire race of people dependent upon the system and their vote, as a result, can be managed. This is where the real racism in this country resides. Racism is a core value of the Democratic Party and more and more Black people are awakening to this realization. More and more Black people that I speak with refer to the Democratic Party as the “Democratic Plantation”, and appropriately so.

The New Civil Rights Leaders Are Being Persecuted by Black Democratic Representatives and Senators and the Social Media.

The brave Harriet Tubman, Jackie Robinson and Dr. Martin Luther King Jr. were just a few of the heroes of the first civil rights movement in America. That movement is as old as America is itself. However, there is a new generation of heroes of Americans, Black Americans, who come from the most unlikely of backgrounds and they are taking their place as the new civil rights leaders of our day.

America, we are living history in our country today. We are witnessing the genesis of a new civil rights movement. It is not based so much on equal treatment under the law, as mentioned above, it is based on self-empowerment and self-actualization. I contend that this second civil rights movement is a natural progression evolving from the days of Martin Luter King.

The backgrounds of these new leaders makes one scratch their heads. The new leaders are not elected representatives. In fact, the majority of Blacks in Congress are regressive in their approach towards empowering people of the Black race. Too many of them are living in the outdated “handout” mentality which is designed to placate and control the vote of an entire group of people. Today’s Black person is demanding more from their lives and their leaders. And based upon this fact alone, the Democratic Party is headed for collapse. Subsequently, the party is on the verge of economic collapse. Blacks, one of the former foundations of the party, are leaving the party in droves. However, the old guard, the Sheila Jackson Lee’s and Rep. Jeffries, both Black and serving in Congress, are desperately trying to preserve the racist policies of Democtatic Party.

Who are these new civil rights leaders?

Diamond and Silk
Diamond and Silk are two Black women who don’t buy into the plantation mentality of the Democratic Party. Why? Because under President Trump, Black unemployment is at an all-time low. That means that more Black people are employed now than every before. Therefore, Trump is not the enemy of Black people, but he is their ally and their leader to a better way of life.