by Robert Bronsdon, The Burning Platform: 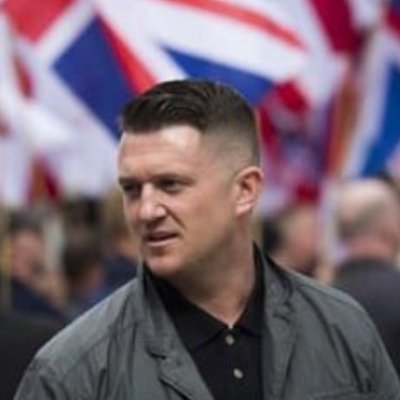 For some time now there has been a consensus revolving around the curtailment of freedom of speech in Great Britain. The contention is that those in power, specifically Teresa May and her conservative party, are afraid to defend the British people because they are afraid of being called racist or islamaphobic. Yes, I know it’s not a word, but it is “the” word that is used to remove an entire nation’s right to free speech. They are arresting people. They are trumping up charges on people. They are inflicting all manner of oppression on liberals and conservatives who do not wish to follow Islamic law and they are using every tool at their command to shut down anyone who tries to express a dissenting opinion.

I would like to suggest that fear of being called racist cannot possibly be the reason that a squad of armed thugs was sent to speakers corner to stop Tommy Robinson. Most clearly, we must understand that it is not the police officers who decide to kick Tommy out of the park. They were told to kick Tommy out of the park by someone. That person was told to kick Tommy out of the park by another “thought leader” maybe even one who was voted into office. Either way, it has to be the intended goal of the British government to oppress dissent against the islamization of Great Britain. There can only be one source of this oppression. It has to be coming from the Saudis. The Saudis must now have so much power over the economy of Great Britain that they can dictate to the government the rules by which the population is to be governed. And they don’t want these to be liberal western values, they want it to be sharia law.

The Saudis have bought the british government lock stock and barrel. They own Teresa May. They owned Gordon Brown and David Cameron. They probably own the queen. They flooded the country with so much oil money that now the economy can’t function without it and that gives them power. They are using that power to quietly take over the country to create a violent sunni Islamic caliphate in the heart of Europe. And not only are just a few people fighting back to keep their country, but many british subjects are cheering it on. These cheering nabobs are completely unaware of the evil that they are inviting into their homes and their bedrooms but cheer on they must for their interests are of no concern to anybody. It does not take a whole nation of people dedicated to a liberal democratic philosophy. It only takes a few people with bottomless wealth and a will to corrupt that liberal democratic philosophy into their own warm bed of misogynistic heaven on earth. It started when the Saudis began to buy up all of the real estate in London and it ends with burkas on every british woman.

To my way of thinking, there is no fear of Islamaphobia. There is no fear of racism. There is only the bending of the knee to the wealth that controls the throne. Now that the queen is simply a figurehead, the only question is “who has the most money?” The answer to that question is not the queen, not the british government, but the Saudis. The british people have sold their birthright for a mess of pottage and now they must suffer the consequences. Whether they can take back their birthright is of primary interest to us here in the USofA because after the sunni muslims subsume Great Britain they will be coming for you. You have already voted a muslim president into office twice. He didn’t come to you with a sword and a demand to submit. He came to you with smooth words of hope and change. You just didn’t understand the change that he wanted. He too was willing to sell his birthright for a mess of pottage and you voted for him and he did exactly what he said he would do. He sold your birthright for a mess of pottage. That is exactly what the Saudis did in Great Britain. They came in quietly over the years buying up property and banks and businesses until they were so powerful that they could tell the police to shut down dissent. And the police did it. When they tell the police to enforce sharia, they will do that too. Just as the police here will tell you that you cannot comment because your views are not allowed.

It really just comes down to that. Do you want to live under sharia? Do you want to live under Zionism? Do you want to live under Christianity? At the start of this little experiment it was decided and assigned to that there would be no state religion. That all would be able to worship as they wished but none would have the authority to impose their beliefs on others. This basic concept does not spring from british common law, but rather is in response to the imposition of british state religion onto non-believers in the colony. They didn’t like when Great Britain did it to them and they bloody well didn’t want to see it happen here. But the imposition of a belief system is exactly what all of these religious movements are about. It is their goal in life to spread their beliefs to everyone else. Once the whole world is Christian, Zionist, Muslim, then all will be right. Of course this have never been proven to be true, Christians have oppressed Christians for 2000 years and the battle between the sunni and shia muslim sects has raged unabated since a jewish servant girl poisoned Muhammad on the 8th June 632. 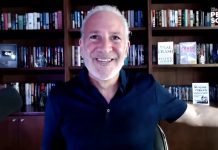