Early in the morning of January 6, Russian radars stationed around Latakia, Syria detected no less than thirteen kamikaze drones approaching. Ten of the explosive-laden unmanned vehicles streaked towards Hmeimim airbase, while three others swooped towards the Russian naval base at Tartus. Just a week earlier, Hmeimim had sustained a mortar attack that killed two personnel and likely damaged several aircraft.

According to Moscow, electronic-warfare assets allowed them to take control of six of the drones. The remaining seven were blasted out of the sky by Pantsir-S antiaircraft vehicles, which combine two rapid firing thirty-millimeter autocannons with a twelve surface-to-air missiles (SAMs).

A poster presented at a Russian arms expo claims to detail additional activity by Russian military Pantsirs in Syria, including the destruction of a number of drones around the naval base of Tartus: a Turkish Bayraktar drone in May, three Israeli Heron drones between April and July, and on May 27 an RQ-21A Blackjack, a roughly one-hundred-pound recon drone used by the U.S. Navy and Marine Corps. It also lists intercepts of three unguided rockets around Hmeimim airbase—with the Russian government claiming at least two more rocket intercepts in December 2017.

A Syrian Pantsir is alleged to have shot down a Turkish RF-4 Phantom reconnaissance jet in 2012, though it is also possible that a longer-range missile system was responsible. Pantsirs have also been spotted in territory held by Russian-backed separatists in eastern Ukraine.

The Pantsir (“Armor” or “Carapace”), which is also known by the NATO codename SA-22 Greyhound, is descended from a line of Soviet-era weapons meant to protect tank battalions from air attack, starting with deadly ZSU-23-4 “Shilka,” which was based on the chassis of a PT-76 amphibious tank. In contrast to preceding self-propelled flak guns, the Shilka introduced an onboard radar to guide the four rapid-firing twenty-three-millimeter cannons in its turret, allowing it to rip low-flying jets and helicopters to shreds with little forewarning. In one action during the Yom Kippur War, Egyptian Shilkas destroyed three low-flying Israeli Phantom jets on an air-defense suppression mission, and crippled two more.

While the Shilka remain in service across the world, the type was succeeded in the 1980s by smaller production run of more sophisticated 2K22 Tunguska (SA-19) vehicles, which swapped the quad guns for twin thirty-millimeter cannons—research had shown fewer, larger shells were more likely to down a plane than many small ones—and added on better radar and eight surface-to-air missiles, dramatically enlarging the system’s engagement range. This extra firepower was hoped to suffice for defeating NATO’s then-new armored A-10 Thunderbolt attack jets and Apache helicopter gunships. 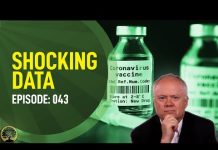