Recently, the western banking cartel media has been out in full force to mislead everyone regarding a narrative of falling and “soft” demand for physical gold and physical silver, as they typically frame the market in the US as representative of the global market when this is patently false. Furthermore, the usual suspects, like Goldman Sachs bankers, have piled on to this misinformation by calling for a plunge in gold prices, but more on that later. First let’s discuss the misleading statistics being disseminated by the mainstream financial media regarding physical gold and physical silver demand. Last month Reuters reported plummeting silver Eagle coin sales for Q3 at 3.7 million ounces, and attempted to frame weak US physical silver demand as weak overall silver demand by calling the silver coins data “the lowest in 10 years”. Furthermore, they attempted to frame physical gold demand as weak by referring to the Q3 2017 American gold eagle coins sales of 38,500 ounces as a 80{5f621241b214ad2ec6cd4f506191303eb2f57539ef282de243c880c2b328a528} plunge from the same quarter, prior year. If you were to read just this one article to gauge physical gold and physical silver demand worldwide, you would likely believe that demand was dead and that no one was interested in buying physical gold or silver anymore, as the Reuters journalist literally provided zero context to these numbers. As I’ve repeatedly stated for the past 10 years, anyone can use statistics to present a biased and false picture of reality by stripping presented data of any context. This is precisely what the Reuters journalist did.

Furthermore, Bloomberg hopped on the “no one wants to buy physical gold and physical silver” Reuters bandwagon as well with a similar narrative of gloomy gold demand by reporting last week that “sales of gold coins [in the United States] in the first nine months of the year shrank to the lowest in a decade.” As well, various mainstream US financial websites prominently reported that demand for US Mint produced gold bullion has fallen off a cliff this year, with the first 5-months of 2017 only generating 185,500 ounces of gold sales, yielding a projected 2017 annual figure of only 445,200 AuOzs sold.

And while all of the above figures are factual and true, they are entirely misleading when it comes to global physical gold and physical silver demand as all the data are provided out of context, and within a very narrow lens that presents US gold bullion and silver bullion sales as the most important data in the entire world. In fact, American physical gold and physical silver consumption is irrelevant to global physical gold and physical silver demand as these figures pale in comparison to aggregate physical gold and silver consumption in China, India, and Japan. Though aggregate gold demand in all three of these countries far outweighs aggregate gold demand in the United States, and gold demand on the Asian continent is far more representative of total global demand, I can use one country, China, without even discussing the details of the enormous physical gold demand in India and Japan this year, to prove my point. Before I continue with a discussion of Chinese physical gold demand this year, let me just briefly note that for the first seven months of this year, India’s gold imports more than doubled over the prior year to 550 tonnes. With another 150 to 200 tonnes of gold estimated to be illegally smuggled into India, a conservative figure for India gold demand this year amounts to about 637.5 tonnes, or more than 20.5M AuOzs, for the first 7 months of this year. Recall that annual sales of gold bullion in the United States from the US Mint for the entire year are projected to be 2.4{5f621241b214ad2ec6cd4f506191303eb2f57539ef282de243c880c2b328a528} of the 7-month Indian demand, yet Reuters and Bloomberg journalists discuss US Mint bullion sales in American media, providing zero context of global demand, as if they are the barometer for the entire global industry.

In China, gold and silver panda coin sales only make up a small portion of the overall demand for physical gold and physical silver as in 2016, only 1M China gold panda coins and 8M China silver panda coins were minted. For this reason, let’s compare physical bullion bar consumption in China to US Mint gold bullion sales, though I want to stress that we are not comparing apples to apples when doing so. Of course, the US mint figure does not include coin and bar sales of independent US bullion dealers, as there is no reliable source that aggregates these numbers in the United States every year. Still, since most “gold” sales in the United States occur in the form of paper gold and the GLD ETF, I’m going to assume that independent dealer sales of physical gold are not going to inflate the US mint number that significantly. In China, the best source of aggregated individual retail purchases of gold bullion bars is provided by the Shanghai Gold Exchange (SGE), as various Chinese banking sources have confirmed that the PBOC, the Chinese Central Bank, does not buy any of its gold on the SGE, and that all withdrawals represent private demand in China.

In the first 8 months of this year, according to data provided by the SGE, the Chinese withdrew an aggregate of 1.29 M kgs of physical gold. Annualized, this figure amounts to approximately 62,230,302 ounces of physical gold. Because recycled gold has to flow through the SGE, this figure is actually slightly higher than real demand, but even if we consider 5{5f621241b214ad2ec6cd4f506191303eb2f57539ef282de243c880c2b328a528} of all withdrawn SGE gold to be recycled gold, and subtract an estimated 5{5f621241b214ad2ec6cd4f506191303eb2f57539ef282de243c880c2b328a528} from this number, then annualized wholesale demand for physical gold in China would still be an estimated more than 59M AuOzs. Note that this figure only represents the official amount of physical gold being withdrawn from the SGE and does not represent wholesale and retail gold bullion purchases from banks, independent dealers and from neighboring countries like Hong Kong, as many Chinese often buy gold when in Hong Kong and then import it back into China. Thus, even if we add a 20{5f621241b214ad2ec6cd4f506191303eb2f57539ef282de243c880c2b328a528} premium to the US annualized physical gold purchase number above to represent all physical gold purchased outside of the US mint, we are speaking about a minimum of 59M AuOzs purchased in China this year versus 445,200 * 1.2 = 534.2k AuOzs purchased in the United States.

Finally, the same shenanigans that happen with US financial media reporting regarding physical gold sales happen with their reporting of physical silver sales as well. YTD, up until August, the SGE reports that retail withdrawals of silver have amounted to 990,105 kg, or about 31.8M AgOzs. Annualized this amounts to roughly 48M AgOzs and again if we estimate 5{5f621241b214ad2ec6cd4f506191303eb2f57539ef282de243c880c2b328a528} of this figure to be recycled silver, then Chinese wholesale demand for silver for 2017 will still amount to more than 45M AgOzs. The US Mint reported that silver bullion sales for the first 5-months of the year were 11.2 M AgOzs, or less than 27M AgOzs annualized. In the case of silver, since the Chinese population is 4.3 times larger than the American population, the per capita sales of silver is weaker in China than in the US. However, it is still extremely misleading for Reuters to try to paint a collapsing demand of physical silver by reporting, as they did last month, that “third-quarter sales of American Eagle silver coins fell to the lowest in 10 years.” 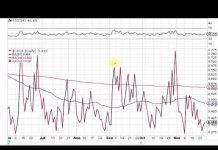