from The Common Constitutionalist, via Freedom Outpost:

It’s gotten so bad that cities like Baltimore, in a desperate and dimwitted attempt to slow the number, have turned to calling for ceasefires.

But like every other ceasefire, as those called for on several occasions between Israel and the Palestinian terrorists or those in Syria, the city ceasefires have worked out just about as well.

However pointless warring faction ceasefires are, Baltimore’s was much worse. Between nations or factions, the two sides at least publically feint at agreeing to halt the killing.

Between nations or factions, the two sides at least publically feint at agreeing to halt the killing.

Baltimore community leaders had called for a 72-hour ceasefire this past weekend using the hashtag #BaltimoreCeasefire on social media.

They received no affirmation of cooperation from anyone.

Yet this they hoped would do the trick.

And by always, I actually mean never.

For those unfamiliar, virtue signaling is the popular modern habit, mainly through lame Twitter hashtag campaigns, of indicating that one has virtue merely by expressing disgust or favor for certain political ideas, cultural happenings, etc.

Michelle Malkin explains it as, “easy advertisements and maudlin displays of one’s resolute opposition to an unidentified something that must be stopped somehow by unspoken means.”

It is also an effort for those with no identity of their own to identify with and involve themselves in a crisis without ever having to actually do anything – like taking a selfie in front of a shooting victim’s memorial wall.

However, the city’s #BaltimoreCeasefire campaign had little effect (what a shocker) as two residents were murdered on Saturday – a full day after it was announced.

HuffPo reportedthat, “A 37-year-old man was shot and killed in Baltimore late on Saturday in the second murder since activists called for a 72-hour ‘ceasefire’ this weekend in response to the city’s record homicide rate.”

These two added to the already record rate of 204 homicides in the seven months of 2017.

And the response to the “ceasefire” murders was typical liberal feel-good nothing.

The organizers took to Facebook, another virtue signaling forum, to say, “It’s not that we EITHER keep celebrating life this weekend OR honor the life that has been lost to violence today,” the post read.

“… We will honor the life that was lost to violence, and raise our vibration even higher, and keep celebrating life.”

They forgot, as they “keep celebrating life,” to also thank city leaders for making Baltimore a sanctuary city. With sanctuary status, unvetted refugees and illegals are free to join MS-13 and other cartel gangs, which have taken over entire neighborhoods.

Yet as bad as Baltimore is, no city can hold a candle to Mayor Rahm Emmanuel’s Chicago – the crown jewel of violence and excuses.

According to a homicide database compiled by the Chicago Sun-Times, at least two homicides have occurred per day so far in 2017.

Yet, instead of cracking down on gangs and illegal aliens – Chicago is also a proud sanctuary city – leftist city leaders merely complain about run down and closed schools, the lack of mental health care and economic “investment.”

That’s code for tax and spend.

They are also quick to point to the same old tired argument of blaming the guns.

City leaders claim that “comparatively weak gun laws in the neighboring states of Indiana and Wisconsin facilitate a flow of illegal guns into the city.”

Yet, they have no concern with the free flow of illegal alien gang members into the city.

You know – the ones who use these illegal guns.

Blame the inanimate object – not the user.

The shame of this is that it doesn’t have to be this way.

Actually, I guess it does. As long as leftist radicals control these cities, there will be no other way.

They will never fix the problems.

Their ideology won’t allow it. 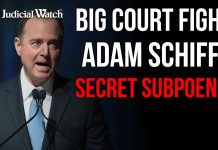