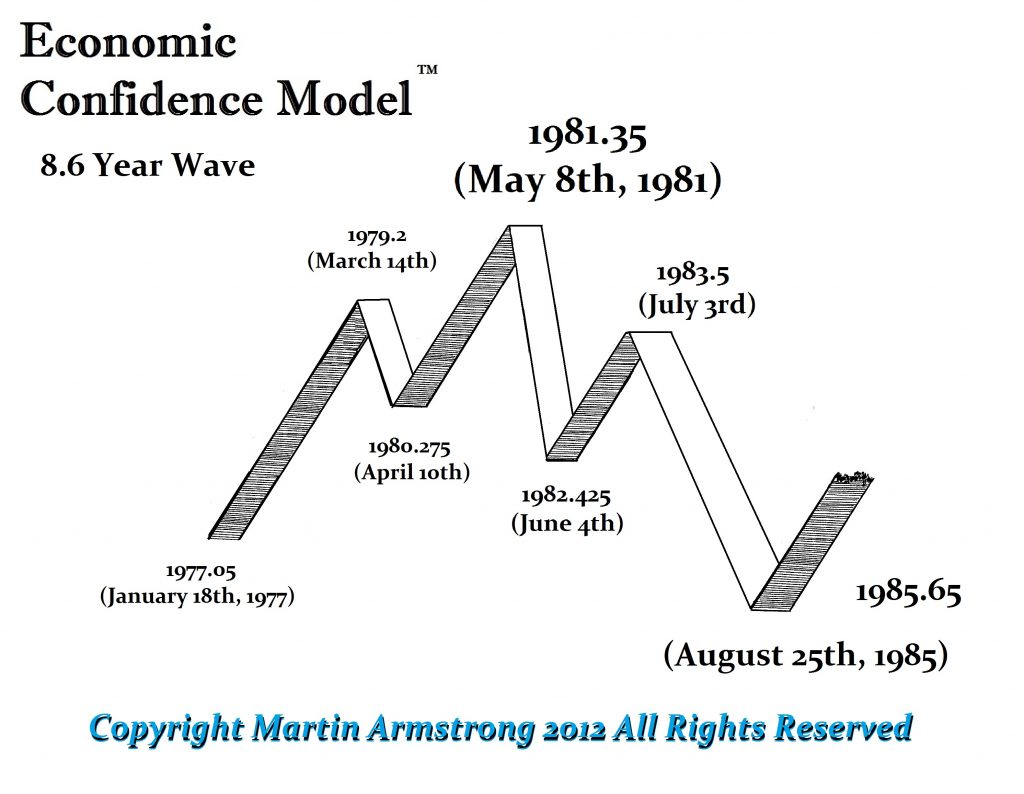 A number of people have asked about Elon Musk’s reference to us already being cyborgs and the possibility of humans being transformed into house cats dominated by Artificial Intelligence. Despite his reputation, his thoughts seem jumbled. I have been involved in developing AI since the 1970s. In coding the Socrates systems, I have not found it to turn me into a house cat. To the contrary, I have learned much more about the world using the systems.

Back in the early 1980s, I appeared on FNN (Financial News Netwrok) which was a finance and business news TV network in California that operated throughout the USA until it was bought by and merged with CNBC in 1991. I appeared on air with Walter Bressert and the computer forecast was that the British pound would fall from $2.40 to $1 going into 1985 following the Economic Confidence Model at that time. That forecast was done by the computer although I did not explain the scope of Socrates back then because it was too far ahead of the curve. The computer also forecast that the British economy would divert from Europe and move counter-trend aligning itself more with the United States. I did not believe it myself.

Because of that forecast it made back in 1981. I had to develop a natural language in order to speak with it because I thought that forecast was insane and wrong. When I coded the ability to inquire how it was making its decisions, that is when it began to teach me. It picked up the discovery of the North Sea Oil fields which began to change the UK from a net oil importer to self-sustainable. The Gullfaks oil field was discovered in 1978 with the Snorre Field in 1979, followed by the Oseberg oil field and Troll gas field which were also discovered in 1979. The capital flows had been altered and then it made sense.

The idea of interfacing humans with a neural net is possible, but this is clearly something that would need to be approached with caution. It is one thing to have a unit in the house like Amazon or Google where we can ask questions and something that taps into your brain. The danger there is who controls the neural net. Government could then use the net to control people. I would never submit to something of that nature.