Biden, Iran Have Been in Secret Talks on US Return to Nuclear Deal for Three Weeks, Report Claims This week, after bidding farewell to “tyrant” Donald Trump, Iranian President Hassan Rouhani called on Joe Biden to rejoin the Iran nuclear deal, saying the “ball is now in the US court”. Tehran has expressed willingness to return to its obligations under the deal, so long as Washington doesn’t try to jam any new conditions into the agreement.

Members of the Biden team have been negotiating with their Iranian counterparts on the prospects of a US return to the Joint Comprehensive Plan of Action nuclear deal for about three weeks now, with talks underway even while Trump was still president, Le Figaro has reported, citing a source said to have ‘access to the circles of power in Tehran’.

END_OF_DOCUMENT_TOKEN_TO_BE_REPLACED On Thursday, a senior Pentagon spokesman dismissed reporting by NBC News that Secretary of Defence Mark Esper was preparing to proactively resign from his post in the expectation that he would be one of the cabinet officials to be pushed out by President Trump in the coming weeks.

President Donald Trump is considering firing Secretary of Defence Esper, CIA director Gina Haspel and others, including FBI Director Christopher Wray, The Hill has reported, citing sources said to be familiar with the situation.

END_OF_DOCUMENT_TOKEN_TO_BE_REPLACED

What did they know, exactly? US intel warned of ‘cataclysmic’ coronavirus pandemic in NOVEMBER 2019, report claims 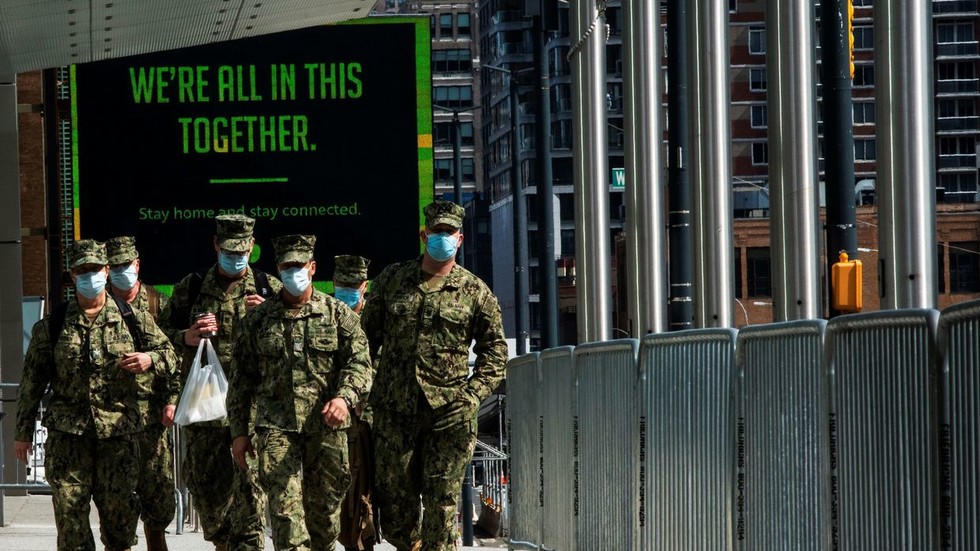 US military intelligence tried to raise the alarm about the coronavirus epidemic in China when it was still embryonic in November, inside sources claim – raising questions of what they knew and who ignored, or squashed the report.

Not only had the coronavirus epidemic begun spiraling out of control in Wuhan by November 2019, but military analysts were already warning it “could be a cataclysmic event” for both China and the US, four sources familiar with the briefings told ABC on Wednesday. Analysts at the National Center for Medical Intelligence, a subsidiary of the Pentagon’s Defense Intelligence Agency, had been trying to alert Pentagon and Donald Trump administration officials of the looming catastrophe for months before the country finally took action, the sources claim.

END_OF_DOCUMENT_TOKEN_TO_BE_REPLACED 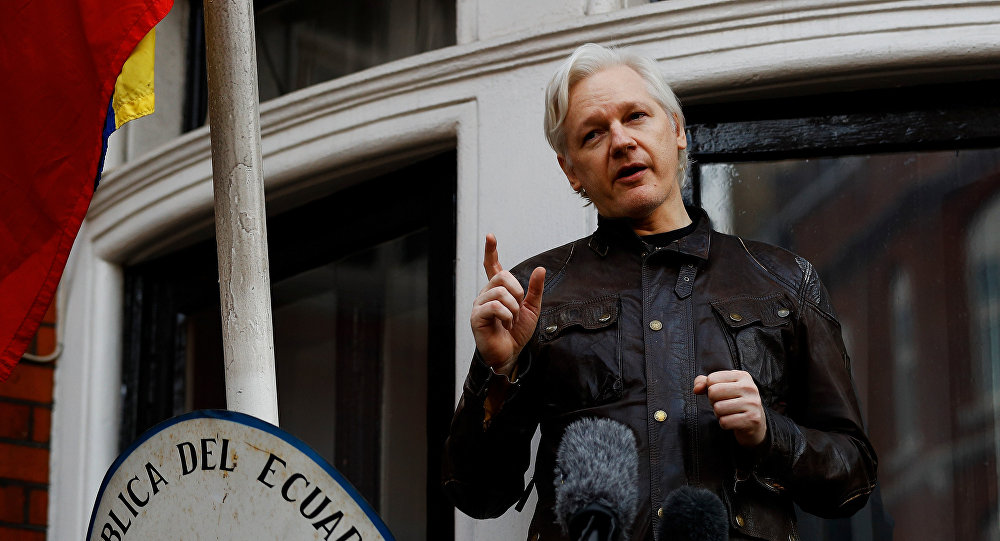 On Monday, CNN published a report based on “exclusive documents”, said to have been obtained by the media outlet, claiming that WikiLeaks founder Julian Assange worked with alleged Russian hackers and other intelligence officials in a bid to damage Hillary Clinton’s reputation and ruin her 2016 presidential run.

The documents are said to have originated from security companies conducting surveillance on Assange on behalf of Ecuadorian officials. The cited documents were not published by CNN.

END_OF_DOCUMENT_TOKEN_TO_BE_REPLACED

Harvey Weinstein allegedly hired an “army of spies”, including former Mossad agents, in an attempt to stop accusers from going public with sexual misconduct claims against him, according to a report in the New Yorker.

Among the private security agencies hired by Weinstein starting around autumn 2016, the magazine claims, was Black Cube, which is largely run by former officers of Israeli intelligence agencies, including Mossad. Another was corporate intelligence giant Kroll.

Weinstein “unequivocally denies” all claims of non-consensual sex, a spokesperson for the producer says.

The New Yorker also claims that one of the investigators secretly recorded at least four meetings with McGowan while pretending to be a women’s rights advocates, citing dozens of pages of documents and seven people directly involved in Weinstein’s efforts.

Weinstein and the private investigators also used journalists to extract details from women who were making claims against the film producer, according to the magazine.

During his yearlong effort, Weinstein and his team are accused of collecting information on dozens of people, compiling psychological profiles with their personal or sexual histories in order to contradict, discredit or intimidate his targets.

The New Yorker reports that Weinstein sought the assistance of ex-employees from his movie enterprises to help collect names and place calls. Investigations also allegedly sometimes went through Weinstein’s lawyers. Among them, the New Yorker claims, was David Boies, who represented Al Gore in his 2000 presidential election dispute with George W Bush.

The New Yorker claims Boies had signed a contract demanding that Black Cube seek to uncover information to stop the publication of a New York Times story about Weinstein’s sexual abuse when his firm was also representing the Times in a libel case. Boies told the magazine “it was a mistake” to have been involved with the investigators.

Weinstein’s spokeswoman Sallie Hofmeister dismissed the report, saying: “It is a fiction to suggest that any individuals were targeted or suppressed at any time.”

Neither Hofmeister nor Boies immediately responded to requests for comment.

“We learned today that the law firm of Boies Schiller and Flexner secretly worked to stop our reporting on Harvey Weinstein at the same time as the firm’s lawyers were representing us in other matters,” the paper said in a statement. “We consider this intolerable conduct, a grave betrayal of trust, and a breach of the basic professional standards that all lawyers are required to observe.”

Following the publication of the New Yorker report, McGowan praised Farrow for his investigation, tweeting: “Ronan Farrow your words will line the halls of justice.” Meanwhile, another person alleged to have been spied on, actor Asia Argento, described the revelations as terrifying, writing on Twitter: “Why didn’t I, @rosemcgowan, @RoArquette [Rosanna Arquette] @AnnabellSciorra spoke [sic] up earlier? We were followed by ex-Mossad agents. Isn’t that terrifying? Very.”