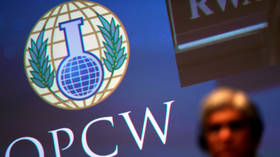 A former inspector with the OPCW has accused the chemical weapons watchdog of issuing a sanitized report on the alleged 2018 attack in Douma, Syria, arguing it ignored serious reservations of its own fact-finding team.

The OPCW’s final report on the Douma incident, released last March, omitted key findings of its own inspection team which would have cast serious doubt on whether a chemical attack took place at all, a now former OPCW specialist, Ian Henderson, told members of the United Nations Security Council in a recorded video address – after his visa application to attend the meeting in person was rejected.