Tag: What Are The Odds? El Paso Shooter Was Only 3 Degrees Removed From The Mastermind Of The CIA’s MKUltra Assassination Program!

What Are The Odds? El Paso Shooter Was Only 3 Degrees Removed From The Mastermind Of The CIA’s MKUltra Assassination Program! 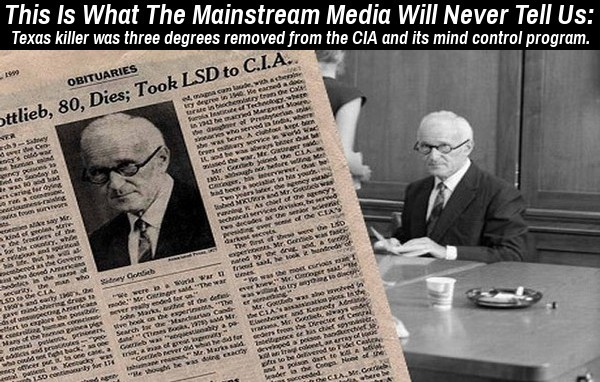 Did Luciferians Drop A ‘Trigger Word’ To ‘Activate The Manchurians’ Before Last Weekend’s Horrific Events?

With leftists now putting out ‘death camps for Trump supporter‘ fliers at a time when a sick new film out of ‘helly-wood‘ depicts Trump supporters being hunted down and murdered by the liberal elite yet at the same time, the mainstream media insanely screams that there’s a ‘white supremacist‘ problem in America, we’ll begin this story with this very important March of 1999 obituary for someone most have never heard of, one Sidney Gottlieb. Published over at The Independent, the obituary began with a bang that should shred to little bits and pieces the recent concerns about ‘conspiracy theories‘ sparking terror while pointing at ‘real evil‘ in America.: