Tag: Was Stephen Paddock’s hotel room window broken out after his reported death?

Was Stephen Paddock’s hotel room window broken out after his reported death? 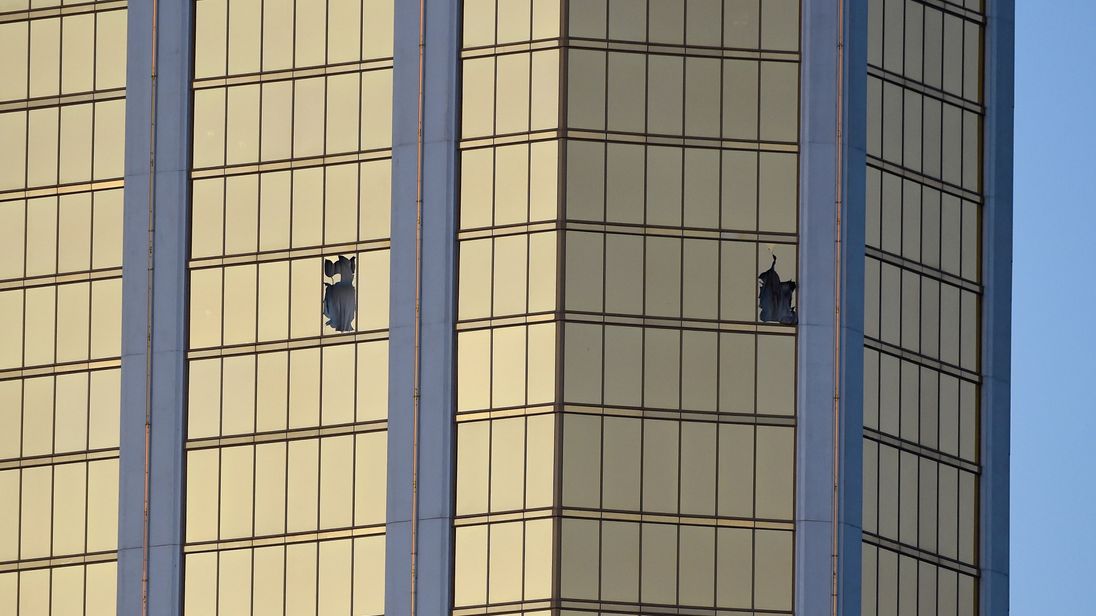 Video footage captured at 12:23 a.m. on the night of the 1 October shooting after Stephen Paddock’s reported death appears to show the window to room 32-135 being blown out.

Video footage captured near the Las Vegas strip at 12:23 a.m. on the night of the 1 October shooting appears to show some type of fiery explosion emitting from the alleged shooter Stephen Paddock’s 32nd-floor Mandalay Bay suite.