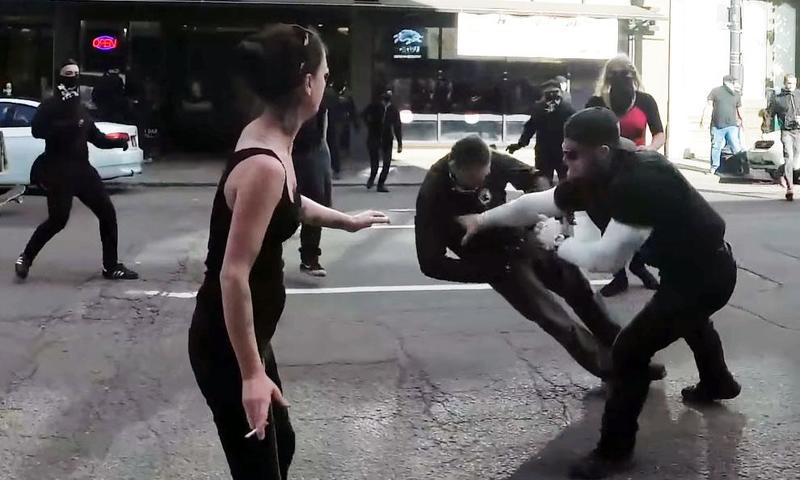 Update: 7PM EST – At least four people were arrested during Saturday’s protest and counter-protest, according to Lt. Tina Jones of the Portland Police Bureau, while one person was taken to the hospital with unspecified injuries according to NBC News.

And while we’re not sure if this is the person, or if the cop did it as described in the tweet below – at least one Antifa appears to have had their head cracked.