Using Google Tools, ‘Alien Base’ Said To Be Found On The Moon 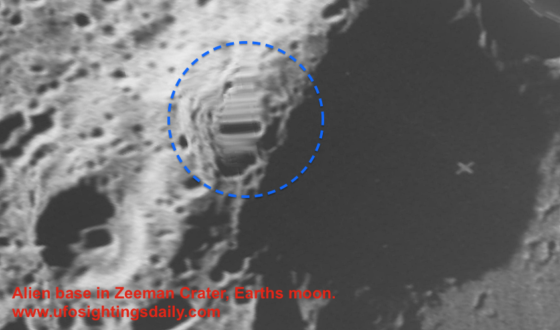 Odd-looking structures which appear to be artificial have been spotted on the Moon using Google tools. This discovery has been leading some alien conspiracy theorists to believe that extraterrestrials have established a lunar base – or several of them.

According to The Express UK, UFO hunter Sandra Elena Andrade wrote about the discovery on her YouTube page. “Large buildings in the craters of the Moon were discovered by the Argentine researcher Marcelo Irazusta,” Andrade wrote. “The images are very clear. Some with a pyramid shape. Their forms show that they were built by [sic]  intelligent civilization.”