by Adam Gabbatt, The Guardian: 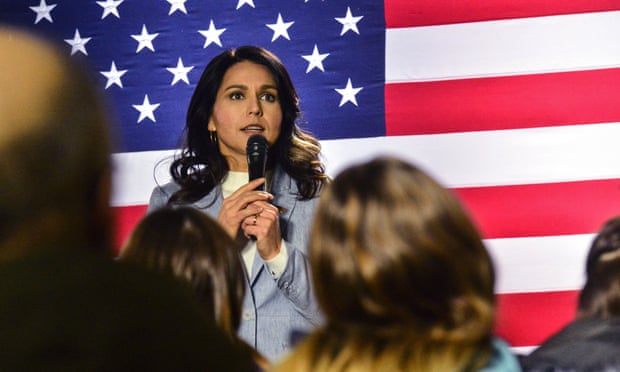 The Hawaii congresswoman and Democratic presidential candidate Tulsi Gabbard is suing Hillary Clinton for defamation, alleging the 2016 nominee described her as a “Russian asset” and claiming more than $50m in damages.

Gabbard, who sued Google in July 2019, also claiming $50m, filed the lawsuit in the southern district of New York. She claims that in October 2019 Clinton “falsely stated” that Gabbard “is a ‘Russian asset’”.

“Clinton’s false assertions were made in a deliberate attempt to derail Tulsi’s presidential campaign,” the filing says.