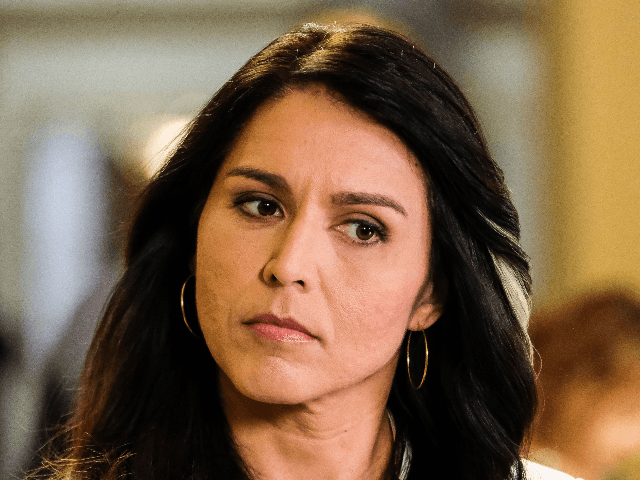 Rep. Tulsi Gabbard (D-HI) attributed her absence from Tuesday night’s debate stage to the “DNC and biased corporate media,” a theme which emerged after CNN demonstratively elevated Sen. Elizabeth Warren (D-MA) at the expense of Sen. Bernie Sanders (I-VT), whose presidential aspirations were largely quashed by the same players in 2016.

“Unfortunately, the candidate who is best positioned to defeat Donald Trump will not even be on the #DemDebate stage tonight — thanks to the DNC and biased corporate media,” Gabbard wrote ahead of Tuesday’s debate, which featured only six white candidates from a field that once prided itself on diversity: