Tag: They Said What? Here Are The 13 Nuttiest Quotes From Wednesday’s Democratic Presidential Debate

They Said What? Here Are The 13 Nuttiest Quotes From Wednesday’s Democratic Presidential Debate 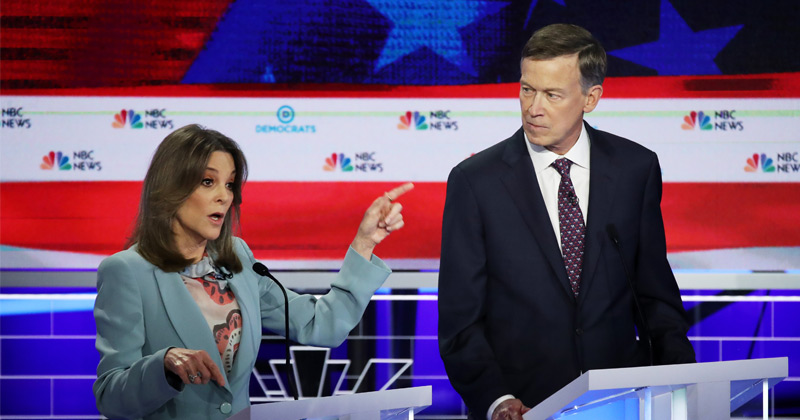 Are these really the best and brightest that the Democratic Party has to offer?  It was going to take a monumental effort to top Marianne Williamson’s level of craziness on Tuesday night, but on Wednesday there were several Democratic contenders that gave it their best shot.  Kirsten Gillibrand and Jay Inslee were particularly unhinged, and Joe Biden “repeatedly stumbled over numbers and phrases” during an incoherent performance that will be remembered for a long time to come.  The Democrats may have more than 20 candidates running, but none of them looks like a president at this point.  Perhaps that will change, or perhaps a stronger candidate will enter the race eventually, but right now Democratic strategists cannot be feeling too good about their chances of winning the 2020 election.  Of course Republicans are facing some very serious challenges of their own, but at least they don’t have to worry about a powerhouse candidate on the other side.