Tag: The Tide Turns Against Antifa Terrorists After Their Violence Is Exposed To The Masses

The Tide Turns Against Antifa Terrorists After Their Violence Is Exposed To The Masses, The Media Can No Longer Protect Them – Even Some Leftists Denounce Them: ‘You Don’t Represent Me, Go Home!’ 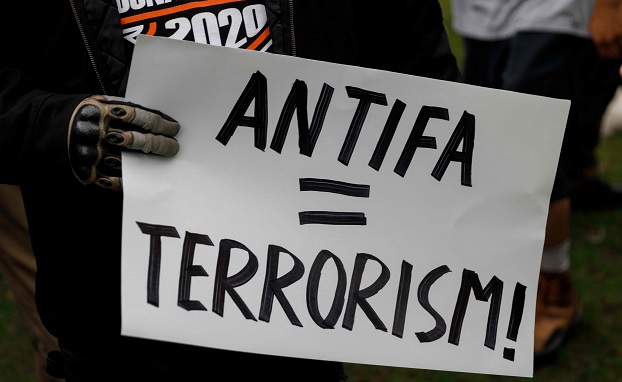 After watching events play out in Portland, Oregon on Saturday, where conservative groups held an “End Domestic Terrorism” rally, with violent Antifa thugs holding a “counter-protest” by  randomly attacking people, screaming at police to committ “suicide,” and attacking journalists with pepper spray and hammers, among other violent assaults, even some hard-core “progressive voices” on Twitter are speaking up and condemning Antifa.

While the media often attempts to protect Antifa, justifying their violent tendencies, while defending them as “anti-fascists,” despite the fact that they use violence to silence those they disagree with politically, which is fascism at its core, Saturday’s display by Antifa completely destroyed the media narrative.