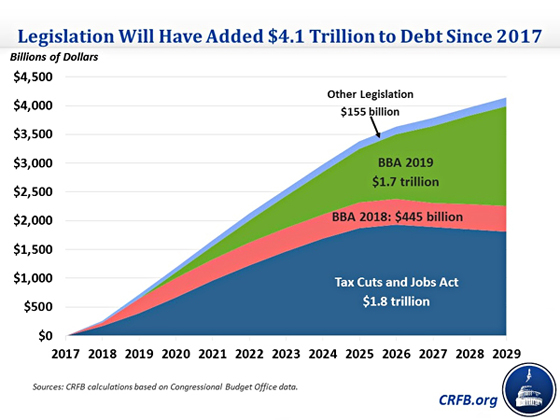 You couldn’t have timed that better. The Donald managed to hold on to a “2” in Friday’s GDP report, but it was entirely due to a boom in government spending.

We’d call it a kind of stick save that came, ironically, the very day Trump is planning to sign a $1.7 trillion budget abomination. The deal negotiated with Pelosi and Chuckles Schumer, and voted against by a large majority of House Republicans, shit-cans the decade-old discretionary spending caps and permits unlimited Federal borrowing through June 2021.