Tag: The 2nd Massive Downwave IS ALMOST UPON US…

The 2nd Massive Downwave IS ALMOST UPON US… 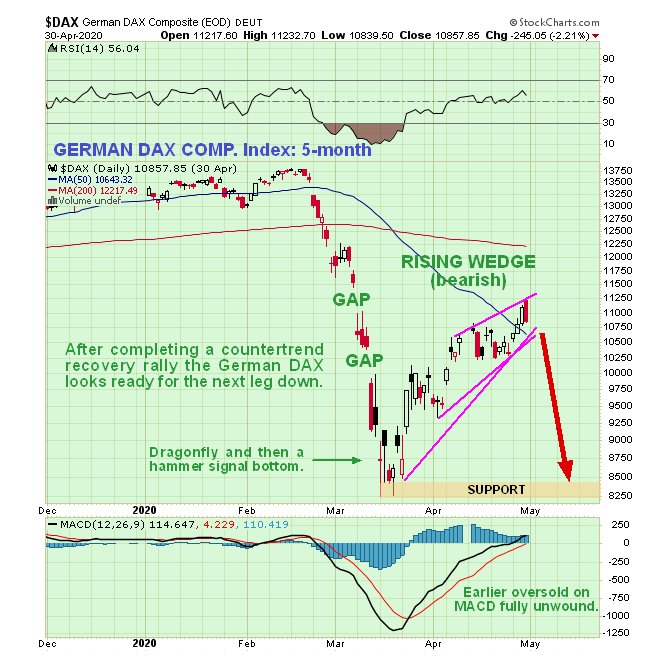 Notwithstanding the Fed’s seemingly limitless ability to create money to throw at the stockmarket, which has caused it to rally in recent weeks in the face of a dead economy and apocalyptic jobs data and earnings etc., all the charts we are going to look at here point to another severe downleg soon.

My attention was drawn to a bearish Rising Wedge completing in the London FTSE index by a colleague in England. So I took a look at it, and sure enough it is. So, I thought I’d take a look at a couple of other European indices, the CAC 40 in France and the German DAX Composite, which showed a very similar picture. Their charts are shown below and as you will see, they are both very bearish, and point to a break lower soon leading to a severe decline.