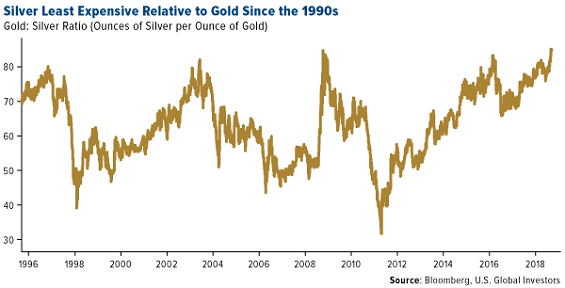 The best performing metal this week was palladium, up 7.80 percent, scoring an eight-month high of $1,053.40 on Thursday, due to stockpiling by China, writes Kitco News. The World Gold Council reported this week that central banks added a net total of 193.3 tonnes of gold to their reserves in the first six months of 2018, representing an 8 percent increase from the same period in 2017 and the strongest first half of the year since 2015. The report notes that it is encouraging “to see several central banks utilize gold as an active asset to access liquidity or generate returns.” Russia, Turkey and Kazakhstan alone accounted for 86 percent of the central bank purchases for the time period.