With the eyes of not only the nation but of the world focused intensely on the State of Georgia and their upcoming run-off election for the state’s two US Senate seats, influencers and activists are flocking to the state…and so is a boat-load of dark money.

END_OF_DOCUMENT_TOKEN_TO_BE_REPLACED

Bombshell Report: Obama, Clinton, Soros, Biden, Mattis and Harris Are Covertly Leading the Coup Against Trump and the American People

Since leaving office, Obama has been busy. He plans to return to the White House as a conquerer. Obama is the Benedict Arnold of our generation and unlike Arnold, Obama has been successful in developing a revolutionary force consisting of existing military that is loyal to Obama, paramilitary groups of terrorists and the Communist Chinese and the United Nations that will one day cross American borders and drive a dagger into the heart America. Who is the leader of this Maoist organization that is leading this coup against Trump and the American people? It is former president Obama.

END_OF_DOCUMENT_TOKEN_TO_BE_REPLACED

Under the guise of fighting the coronavirus, governments across the United States and beyond are partnering with shady organizations connected to the Clintons and George Soros to deploy Orwellian “contact tracing” schemes involving technology and tens of thousands of new government workers to track everyone. Families may be forcibly separated. And military forces and war-like rhetoric are already being used as the effort to shred all vestiges of privacy advances. At least one world leader even suggested putting microchips under children’s skin to track them.

END_OF_DOCUMENT_TOKEN_TO_BE_REPLACED END_OF_DOCUMENT_TOKEN_TO_BE_REPLACED

This is the SGTreport BACK UP channel, thank YOU for subscribing!! Rowan Croft joins me to discuss global fascist march toward a New World Order and the Great Awakening of Patriots opposed to it. Thanks for tuning in!

Liberal billionaires George Soros and Scott Wallace are helping bankroll a new fund hosted by an intricate dark money organization and focused on helping Democrats make inroads with midwestern voters for the 2020 elections.

The deep-pocketed donors moved the money from the Open Society Foundations, Soros’s foundation, and the Wallace Global Fund, Wallace’s foundation, to the newly launched Heartland Fund, a collaborative effort focused on building “power across the divides of the American heartland” as overall Democratic efforts have veered towards the region.

END_OF_DOCUMENT_TOKEN_TO_BE_REPLACED

Black Wednesday 1992 Explained, British Pound Collapse out of the EU

The European Union had a rocky start. To get all the countries on the same currency, they had to stabilize their interest rates and keep their currencies of similar value. In this episode, we dive in to their dramatic failure and learn how the United Kingdom was forced to exit the plan. In a single day the pound declined over 5% to become forever known as “Black Wednesday”.

LaRouche, Soros, and the New York Times: A Strange Séance on 43rd Street The flailing New York Times attempted, frantically, to reassemble George Soros into something resembling a respectable person in its November 1st edition. The made-up claims and artifices used by the Gray Lady in this respect would tickle Edgar Allen Poe who chronicled such an effort in his short story, “The Man Who Was All Used Up.” If you know Poe’s story, he encounters a pile of clothing and artificial limbs lying on the floor which begins speaking to him. A man then slowly assembles himself using all artificial parts. As is typical of this newspaper, the actual George Soros is nowhere to be found in the article.

END_OF_DOCUMENT_TOKEN_TO_BE_REPLACED 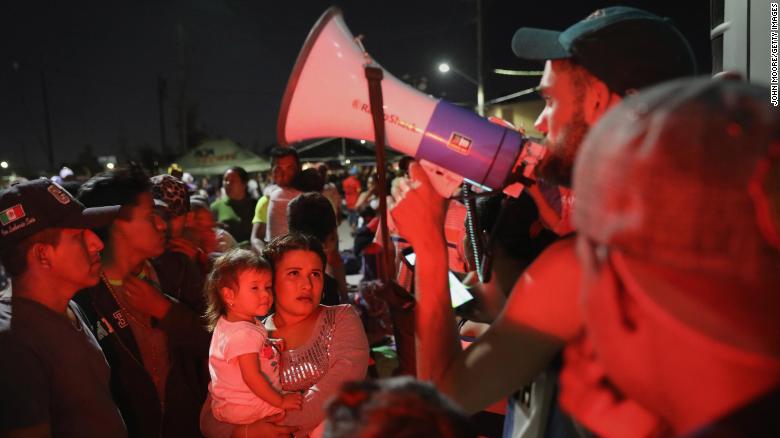 Traveling at a sluggish pace of 10 miles per day, the migrant caravan probably wouldn’t arrive at the nearest US border crossing at McAllen, Texas until February, according to one observer, who debunked claims widely circulated by the media that the caravan would arrive before the Nov. 6 midterm election.

But as it turns out, the organizations that have been aiding the caravan since it first formed in Honduras nearly three weeks ago have already accounted for this. And to help ensure that images of border patrol agents arresting families and separating small children from their parents are flashing across cable news in the days and hours before the polls open, these groups are employing a new tactic: Busing.

END_OF_DOCUMENT_TOKEN_TO_BE_REPLACED

Defendants in the case include:

END_OF_DOCUMENT_TOKEN_TO_BE_REPLACED

From Michael Bloomberg and the various lying organizations he sponsors, such as Everytown and Moms Demand Action for Gun Sense in America, to George Soros to baby murdering Planned Parenthood, the money pouring into Hogg to fund his Communist protest is not shocking in the least.  It has been expected.

Did I not tell you?  I told you to give it time and we would discover the underbelly of David Hogg‘s anti-gun protests and the money behind him, and lo and behold, here it is.  The names are not secret.  They are at the forefront in attacking anything and everything that is American and American government.

From Michael Bloomberg and the various lying organizations he sponsors, such as Everytown and Moms Demand Action for Gun Sense in America, to George Soros to baby murdering Planned Parenthood, the money pouring into Hogg to fund his Communist protest is not shocking in the least.  It has been expected.

First, understand this has been professional operation in the making since the false flag attack at Douglas High School in Parkland, Florida two weeks ago.

Second, we know these kids are not thinking on their own, but are being coached and manipulated by the media and, no doubt, other handlers behind the scenes.  We’ve provided video to demonstrate this, which the major social media outlets have been scrubbing as fast as they can in an attempt for you not to see the truth.

However, David Hines at the Federalist explained that it is even more sinister, in that the whole thing has been “professionalized.”

On February 28, BuzzFeed came out with the actual story: Rep. Debbie Wassermann Schultz aiding in the lobbying in Tallahassee, a teacher’s union organizing the buses that got the kids there, Michael Bloomberg’s groups and the Women’s March working on the upcoming March For Our Lives, MoveOn.org doing social media promotion and (potentially) march logistics, and training for student activists provided by federally funded Planned Parenthood.

The president of the American Federation of Teachers told BuzzFeed they’re also behind the national school walkout, which journalists had previously assured the public was the sole work of a teenager. (I’d thought teachers were supposed to get kids into school, but maybe that’s just me.)

In other words, the response was professionalized.

Then, we discover who is actually funding all of this anti-American vitriol down in Florida.

Several large progressive organizations, donors, and a high-powered public relations firm are backing the March for Our Lives movement, which is quickly evolving from a student-run social media effort to end gun violence into one backed by some of the most influential activists in the country…

Since then, major players and organizations — including Everytown, Giffords, Move On, Planned Parenthood, and the Women’s March LA — told BuzzFeed News they are helping the students with logistics, strategy, and planning for next month’s March for Our Lives rally and beyond. Much of the specific resources the groups are providing to the Parkland students remains unclear — as is the full list of supporting organizations — but there are broad outlines.

Giffords, an organization started by former US Rep. Gabrielle Giffords that fights gun violence, is working with Everytown and Moms Demand Action for Gun Sense in America to plan the main march on Washington — as well as sister rallies across the country…

MoveOn said it will encourage its millions of members to follow and promote the March for Our Lives movement on social media and attend the rally next month. The group said it had offered support in organizing logistics such as security and portable toilets, but it is unclear if the students have taken them up on their offer.

A spokesperson for Planned Parenthood said the group is “teaching and hosting trainings” for young activists across the US “to keep momentum going so they don’t get burned out.”

Planned Parenthood said it has been in contact with Giffords, which is spearheading the national coalition of groups working with March for Our Lives…

In addition to the millions of dollars raised by A-list celebrities including Oprah, George and Amal Clooney, Steven Spielberg, and Jeffrey Katzenberg, the March for Our Lives GoFundMe page has raised an additional $2.7 million as of Tuesday.

So, it’s no surprise, America.  It is ironic though.  Much like Senator Chris Murphy (D-CT), who berates the Senate for not going after the Second Amendment with more gun confiscation legislation to protect the “safety of his children” while supporting Planned Parenthood who is the tip of the spear for the 60 million dead babies in the American holocaust, we have Planned Parenthood actually chipping in on this while they dismember and behead the most innocent in our society.

Think about that for just a moment.  An organization, whose purpose, using your tax dollars, is to engage in Islamic-style behavior to murder children, and then on top of that, sell their precious parts for money is now funding a bunch of little Commies in Florida in an emotional response to the alleged killing of children by a gunman.