Tag: Something Very Strange Is Going On With New ‘Strains’ Of COVID-19 – Are What Globalists Consider to Be ‘Useless Eaters’ Being Culled?

Something Very Strange Is Going On With New ‘Strains’ Of COVID-19 – Are What Globalists Consider to Be ‘Useless Eaters’ Being Culled? 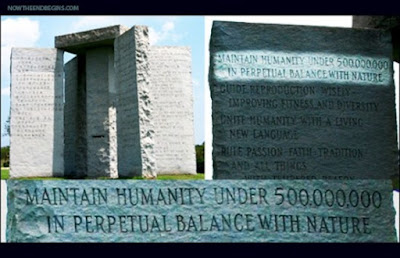 We know that some people see the term “depopulation agenda,” and just wave it away as some type of “conspiracy theory.”

Yet from the Georgia Guidestones (image above) to the direct quotes from some very well known names, to Deagels’ projection showing that “by the year 2025 the US population will be down to 100 million people…with a loss of 237 million people or a 70% depopulation,” as Stefan Stanford recently reported, Agenda 21, Agenda 2030, along with the constant nags about the planet being “over-populated,” there is simply too much searchable and verifiable information to truly doubt there is a depopulation agenda.