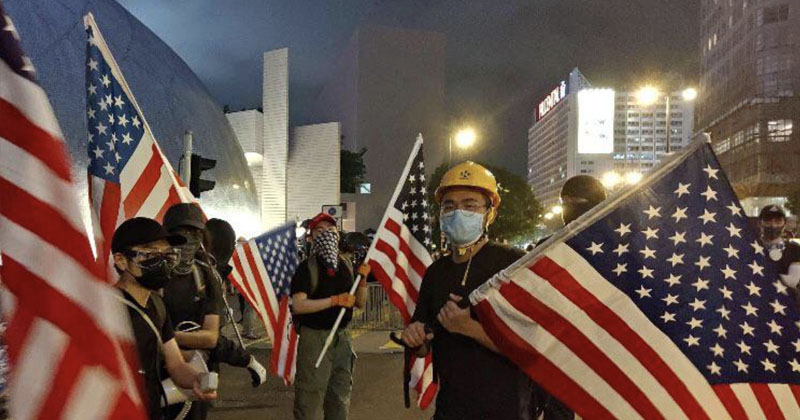 Thousands of pro-democracy Hong Kong demonstrators flooded the city’s international airport on Monday, shutting down all flights in an escalation against Beijing’s attempts to consolidate control over the autonomous region.

Amid the clashes with police, some demonstrators were seen waving the American flag and singing the U.S. national anthem because they promote and represent freedom and fighting tyranny.