Tag: Presidential candidate Tulsi Gabbard has picked up the Ron Paul torch in demanding an Audit of the Federal Reserve 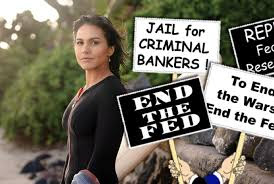 For the most part, the Audit the Fed movement has been a libertarian thing that gained a lot of steam following the 2008 financial crisis.  And at the tip of this spear was the former Congressman and Presidential candidate Ron Paul.

But with his retirement a few years back, the momentum to Audit the Fed has fairly died down.  That is until this weekend when it was announced that Democratic candidate for President Tulsi Gabbard signed on to a House Bill which would bring about at long last an auditing of the central bank.